The climate crisis becomes all the more urgent when you think about it in terms of the global issues we are leaving our children with. But it’s not just the state of the Earth itself that our children will have to worry about — the climate crisis is actually a human health crisis, especially for the youngest members of our society who are being born into it.

A major new report in The Lancet, conducted by a collaboration of 35 international institutions including the World Health Organization, took on this question: What is climate change doing to children’s health around the world? “Climate change, and the air pollution from fossil fuels that are driving it, threaten a child’s health starting in their mother’s womb and only accumulate from there,” states report author Dr. Renee Salas of the Harvard University Global Health Institute.

For example, the study found that more than 90 percent of the world’s 2.2 billion children are exposed to particulate matter produced by burning fossil fuels at levels beyond what the World Health Organization deems safe. These unsafe levels translate to an increased risk of developing asthma, pneumonia, and chronic obstructive pulmonary disease during these children’s lifetimes.

Another arena where the health tolls of climate change are devastating is childhood nutrition: rising temperatures are shortening the growing seasons of important global staples like maize, rice, and spring wheat, and also leading to a major decline in the amount of fish available to eat. These food supply problems are already leading to child malnutrition and stunted development, beginning in the womb.

Other health issues that are exacerbated by a warming climate include kidney disease, dangerous heat waves, and deadly diseases carried by mosquitoes.

“With every degree of warming, we are committing a child born today to a future where their health and well-being will be increasingly threatened,” says Salas. It’s a unique position we’re putting our children in, because “That child now is being born for the first time into a world where their health will be affected at every single stage of their life by a changing climate,” points out Nick Watts, executive director of the Lancet Countdown on Health and Climate Change, which is the organization behind this analysis.

But all hope is not lost. The report urges that there is still time to reverse some of these downward health trends. The Paris climate agreement aims to limit global warming to less than 2 degrees Celsius — and if more global leaders commit to the agreement, the authors say “a child born today would see the phase­out of all coal in the UK and Canada by their sixth and 11th birthday; they would see France ban the sale of petrol and diesel cars by their 21st birthday; and they would be 31 years old by the time the world reaches net-­zero in 2050, with the UK’s recent commitment to reach this goal one of many to come.” 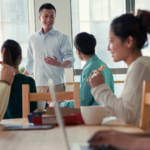 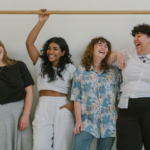 Teens Who Don’t Date Might Be Better Off, Study Shows