Not Enough Babies Being Born to Replace US Population

Fewer babies were born in the United States last year than in any year for the last three decades, according to a report from the National Center for Health Statistics, a program of the Centers for Disease Control and Prevention (CDC).

3.8 million births were registered in 2018, which is down 2 percent from 2017. Not all age groups experienced the same decline, however. The sharpest drop in birth rates occurred among teens, who saw a 7 percent drop in registered births.

Childbearing people in their 20s and early 30s also saw a decrease in birth rate. However, the demographics from age 35 through their 40s actually experienced growth in birth rate. The growth in the number of new babies among this age group has been steadily increasing since the 80s, thanks to several factors including the increased focus on career building for women, the media coverage of 40- and 50-something celebrities welcoming new babies, and, of course, the numerous advances in fertility medicine.

When viewing the data as a whole, however, the CDC concluded that there are not enough babies being born in the United States to sustain the country’s population. To make up for the loss of members of the older generations and any extra deaths in the U.S. population, each person capable of giving birth would need to have at least 2 babies in their lifetime. The actual fertility rate, which refers to the number of babies per chilbearing person, currently stands firmly below that, at just 1.7.

In past decades, overpopulation was a cause for alarm. Effects such as economic recession, over-congestion, and a burden on natural resources can arise from a rapidly expanding population.  Now with the birth rate in steady decline, experts have expressed concern over the possibility of underpopulation. Consequences of underpopulation can include a declining standard of living, and a lack of manpower for labor and national defense. 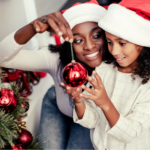 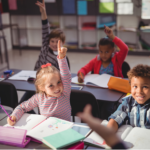