Parents are faced with countless tough and personal decisions while raising their children. Decisions about health care can often seem more daunting than most, given the prevalence of information on the topic (both factual, and otherwise). One phenomenon that has risen out of this widespread misinformation is known as the the anti-vaccination movement (also known as “anti-vax”).

Anti-vaxxers in New York are outraged over recent legislation which bars unvaccinated students from attending school beyond a 2-week grace period. Now that the grace period is ending for many students, school officials are being tasked with contacting parents to pick up their children from school. These students will be unable to return until their parents can show proof of vaccination.

BuzzFeed News reports that 26,217 unvaccinated students in New York claimed religious exemptions during the 2017–2018 school year. As many of these students re-enter school this year, their parents are faced with the choice to vaccinate them or keep them home.

These anti-vax parents are now responding with social media outrage as well as protests. They have demonstrated outside of schools, and at Governor Andrew Cuomo’s office.

After the vaccination mandate was announced in June, Cuomo told reporters, “I understand freedom of religion. We all do. We respect it. I’ve heard the anti-vaxxers’ theory, but I believe both are overwhelmed by the public health risk.”

Earlier this year, a measles outbreak in New York City prompted Mayor Bill de Blasio to declare a public health emergency. Low rates of vaccination in neighborhoods where the outbreak originated was believed to fuel the spread of the disease.

As the anti-vaxx movement continues, more and more adolescents are showing interest in (and sometimes legally fighting for) their right to consent to their own vaccinations when their parents refuse. Many scientists and experts support their efforts, stating “We argue for expansion of the rights of adolescents to make their own decisions to be vaccinated against serious and potentially life-threatening diseases without requiring parental consent and involvement.”

New York is the fifth state to require vaccinations in schoolchildren who don’t have a valid medical reason for skipping the shots.

When California banned all nonmedical exemptions earlier this year, many parents were happy about the additional protection it afforded their children. Not only were religious waivers done away with, but the California law gives public health officials (rather than individual doctors) the final word on the validity of medical waivers. Doctors are no longer allowed to charge fees for exams or forms associated with waivers, allaying concerns that some medical exemptions might not even be valid.

Maine had yet another approach. In order to address the concerns of some parents, lawmakers allowed an exemption for special needs students. Reacting to the new law, some families decided to homeschool rather than vaccinate their children—an option that might not be possible for those without resources or expertise to teach a special needs child. As a compromise, those students were grandfathered in and allowed to follow the old rules. 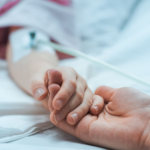 It Takes a Village To Keep a Child Out of the Hospital, One Study Proves 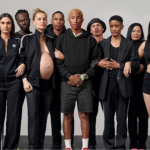