The culture war engulfing schools has subjected educators like Richard Clifton to unfamiliar scrutiny — including, in his case, a public records request.

In Savannah, Georgia, where Clifton is a longtime English teacher, a group of conservative activists earlier this year began calling for the school board to “purge” books with sexual content from school libraries. After Clifton took a personal stand against book banning, someone submitted a records request to learn what texts he assigns to students.

Around the same time, Georgia Gov. Brian Kemp signed new laws that he said would protect students from what he views as obscene materials and divisive concepts. In response, an official in Clifton’s district advised against using the term “white privilege” in the classroom.

Clifton didn’t change the content of the screenwriting class he’s teaching this school year, his 29th in the district. But as the political combat around education escalates, he is more cautious about the topics he discusses and the language he uses in class.

“I am a little more gun-shy than I might have been in the past,” he said.

The conservative backlash against anti-racism and LGBTQ inclusion in schools has put intense pressure on many educators. And that is causing schools to change, in ways obvious and subtle, as laws like Georgia’s take effect across the country.

Some of the moves are public, as when districts review challenged books or make it easier for parents to lodge complaints. But other shifts are happening behind the scenes — books quietly pulled from shelves, classroom discussions cut short — as teachers and school leaders seek to avoid blowback. Often it is students of color and LGBTQ young people who feel these effects most acutely as signals of inclusivity fade or vanish.

That was the case in an Alabama school district where a superintendent, facing pressure from some parents and a new state law restricting lessons about sexuality, ordered the removal of LGBTQ pride flags from classrooms, according to a teacher who requested anonymity to avoid retaliation. As the teacher took down her flags at the request of her principal, a queer student in the room began to cry.

“Once you ban a symbol that shows you love and support them,” the teacher said, “it looks like you are no longer supporting them.”

Conservative critics view the push to confront racism and champion inclusion in schools as a pretext for exposing students to liberal ideas and inappropriate content. That backlash has fueled efforts to rein in teachers and censor books.

Three-dozen state legislatures have considered bills this year to restrict teaching about contested topics, which six states passed, while schools in nearly 140 districts have removed or limited students’ access to books that parents or community members opposed, according to two recent reports by PEN America, a free-speech advocacy group. Other legislation makes it easier for parents to see what’s taught in school and raise objections.

The combined efforts have had a chilling effect, according to analysts and educators. While there have been a few high-profile instances of districts being penalized or teachers investigated for violating the new rules, just the threat of controversy or punishment has been enough to prompt preemptive changes.

School and district leaders are “taking it upon themselves to do the censors’ work for them,” said Jeremy C. Young, senior manager of free expression and education at PEN America. “In some ways that’s the goal of the legislation: to make everyone afraid of their own shadows so they simply stay away from this material.”

The legislation, almost all of which has been introduced by Republicans, has increasingly included the threat of sanctions ranging from professional discipline to loss of state funding and even criminal charges. Some laws enlist parents as enforcers.

For instance, Florida’s new Parental Rights in Education law allows parents to report and potentially sue school districts if they believe a teacher discussed sexuality or gender identity with students in grades K-3.

“The overall feeling that I get is fear,” said Raegan Miller, a parent in St. Petersburg and member of the Florida Freedom to Read Project, which opposes the new restrictions.

The laws have unleashed a flurry of censorship, much of it aimed at books featuring Black or LGBTQ characters and driven by conservative activists. The group has tracked more than 580 titles that faced challenges across Florida over the past year, resulting in dozens of books being removed or made less accessible.

In her own children’s district, Miller has seen schools only allow older students to check out picture books with LGBTQ characters, which she considers an indirect ban. Recently, her son’s fifth-grade teacher sent home a form asking parents to indicate whether their children may use the classroom library.

“That’s the first time I’ve ever gotten a letter like that,” Miller said.

The Orange County school district, which educates more than 200,000 students in the Orlando area, forbade schools from adding new library books until media specialists complete a required training next year. The Miami-Dade County school board recently rejected a proposal to recognize October as “LGBTQ History Month.” And the superintendent of the more than 80,000-student Pasco County school district told employees this month to remove “Safe Space” stickers, which are meant to signal support for LGBTQ students.

“People are being very cautious,” said Dr. Sue Woltanski, a retired pediatrician and member of the Monroe County school board in Key West. “My concern is that caution will prevent people from standing up for teachers who are trying to do the right thing in their classrooms.”

Schools in her district are putting their library catalogs online in compliance with the new laws, she added, but are not removing Safe Space stickers.

Many schools’ fear of controversy or censure is surfacing in inconspicuous ways.

In Missouri, where Republican lawmakers proposed more than 20 bills this year seeking to limit what students learn about racism and other “divisive concepts,” Aimee Robertson has noticed her children’s teachers sending home more permission slips. Already this school year, her daughter’s 11th grade AP English teacher has sought parents’ consent before allowing students to choose which memoir to study or showing them a documentary about humanity’s impact on the environment.

“Clearly districts and educators are going above and beyond to cover their butts,” she said.

Kennedy Young is an 11th grader in Georgia, where a new law limits what teachers can say about racism and U.S. history.

During a recent lesson at her school in Cobb County, Kennedy’s English teacher started to share her thoughts about why a Black and a Latina character in “A Streetcar Named Desire” weren’t given names, but she stopped herself. The teacher said students could discuss the topic, but she wasn’t allowed to participate. No one spoke up.

Kennedy, who is Black and has been helping other students talk about race under the new law, said she wanted to bring up how women of color, and Black women in particular, are often marginalized in literature. But it can be isolating for students of color to lead classroom discussions about race without teachers’ support.

“Sometimes I can feel like my voice is quieter, that it doesn’t matter,” she said, “because there isn’t that adult or other people of color to help me and guide the conversation along.”

Back in Richard Clifton’s district, Savannah-Chatham County, officials have taken steps to obey the new laws.

The school board adopted policies allowing parents to object to teaching materials used in their children’s classes, and report teachers who they believe discussed prohibited topics. At a training for administrators, a board attorney urged “caution and discretion” when using the phrase white privilege in classrooms, according to district spokesperson Sheila Blanco.

Despite pressure from activists who urged the board to “protect our children from pornography,” the district has not removed any books from school libraries this year, Blanco said.

For his part, Clifton said he believes parents have a right to know what’s taught in school, and he’s always tried to avoid promoting his personal beliefs in class. He still welcomes robust debate in his classroom, but now if a student were to raise a politically charged topic, he might think twice before engaging.

“I wouldn’t delve into it deeply,” he said, “because of the climate we are in.” 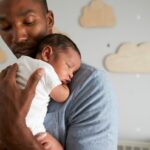 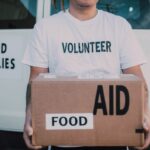 How to help families impacted by Hurricanes Fiona and Ian