In a new unwelcome trend, many companies are cutting down on the amount of paid parental leave they offer to their employees.

Companies of all sizes have been making spending cuts to prepare for a possible economic recession. Hulu, the streaming service owned by Disney, is one example of a large employer that has downgraded family leave benefits for its employees, recently cutting its paid leave policy from 20 weeks to 8 weeks.

This reduction in benefits comes at a time when childcare is still hard to come by, federal protection for abortion has ended, and families are already struggling to make ends meet.

With no federal paid leave policy, parents rely on employers

The only federal law that requires employers to allow new parents to take leave is the Family and Medical Leave Act (FMLA), which grants parents 12 weeks of unpaid leave if they work for a company with 50 or more employees. To make up for it, 11 states plus the District of Columbia have enacted laws that require some paid parental leave.

But that leaves 39 states with no requirement for paid parental leave. Plus, about 44 percent of workers don’t qualify for the unpaid FMLA benefits either, due to the size of their employer or their part-time status.

Since there is no federal mandate for paid family leave, and taking unpaid leave is often unrealistic, most Americans are forced to rely on their employers’ benefit packages when they become parents. So when companies change their policies based on the economy or shifting priorities, families are left with impossible choices.

People who do have access to paid leave are much more likely to be wealthy, white, and well educated than those who do not have the benefit. And even for those workers whose employers do offer some paid leave, it’s often not enough time to make a real difference — this Delaware dad found out he only was entitled to three days of paid parental leave (at least two of which would be spent at the hospital). As a result, he decided that quitting his job was the best option for his family.

But even when companies do offer several weeks of paid parental leave, some parents don’t take it all because of workplace cultures in which employees feel guilty for actually using all of their flexible time off.

The benefits of paid leave for the whole family

Most people are aware of the need for parents who have just given birth to have enough time off to recover physically and to bond with their baby in the early weeks. But new mothers and postpartum parents also need mental and emotional support, and research has shown that longer leave policies are linked to better postpartum mental health outcomes.

For non-gestational parents, including fathers, family leave is just as crucial during the first year of caring for an infant. Studies show that fathers — in both same-sex and heterosexual family structures — who spend more time in close contact with their infants gain significantly more of the emotional attunement and empathy needed for parenthood.

As parenting and child development researcher Marian Bakermans-Kranenburg, Ph.D., of Vrije Universiteit Amsterdam in the Netherlands, summed it up, “Fathers who have the opportunity to do more will adapt themselves better to parenthood.”

In addition, when two partners have access to paid family leave, mental and physical health outcomes have been shown to improve for both parents. Not surprisingly, two parents getting time off to rest and share childcare tasks in the early period of a child’s life is associated with lower levels of depression, anxiety, stress, and fatigue — and a stronger relationship among parents.

All of these positive outcomes for parents and caregivers, of course, lead to better outcomes for babies too. Paid parental leave is associated with a long list of benefits for children, including lower infant mortality rates, higher rates of vaccination, fewer behavioral problems, stronger language skills, and better physical health through at least elementary school.

“It’s the resources and the time that families have after childbirth — during one of the most important periods of brain development — that really matter,” said Natalie H. Brito, Ph.D., a psychology professor at New York University. 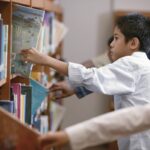 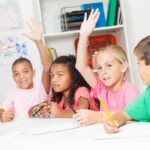