A hundred years ago, women weren’t allowed to vote in the U.S. While we might know a couple names of suffragists — those who fought for women’s right to vote — what did it take to get the 19th Amendment passed and added to the Constitution?

With this fun lesson, we simplify everything into one picture and tell you exactly what to say to make sure your kids are in the know about history and the movement to give women the right to vote.

Below is a picture that shows Women’s Suffrage hikers who took part in the walk from New York City to Washington, D.C. to join the National American Woman Suffrage Association parade of March 3, 1913. The parade was the beginning of an eight year national campaign to give women the right to vote.

Discuss with your child the history of women’s suffrage and the process of getting the 19th Amendment added to the Constitution. Here are some ideas for what to say:

“When the U.S. Constitution (the document that describes the fundamental laws and rights of Americans) was first written in 1776, the writers said that ‘all men are created equal.’”

“But there wasn’t originally language that made sure women’s rights were protected. In fact, to make sure that women always have the right to vote, it needed to officially be written in the Constitution.”

“Some states already allowed women to vote in the early 1900’s, but not all of them did. And in the states that did, a lot of Black and Native American women were not able to vote.

“In the 1910s, suffragists like the people in this photo became the first Americans to regularly protest outside the White House. Protesting is a way for people to bring attention to something that they want to change.”

“The women in this photo walked hundreds of miles, from New York to Washington DC, as a way to bring attention to women’s right to vote.”

“Though the women in this photo appear to be white women, Black and Native American women were also important to the movement.”

“Even after this amendment became part of the Constitution in 1920, some Native American and Black women in the country were still unable to vote. Some states made people pay “poll taxes” to vote or made them take a reading test before voting. This left some people out.”

“The Voting Rights Act of 1965 was designed to finally secure voting rights for racial and language minorities (including people with American Indian, Asian American, Alaskan Native or Spanish heritage). Among other things, it made literacy tests illegal, bilingual ballots more accessible, and banned poll taxes.”

“It’s still important to make sure that all adults in our country are able to vote and have the same rights as others. Our government is a democracy, which means the power to make choices and changes is shared among all people.”

Here’s an activity to try with your child:

Ask them to think about other groups of people who currently don’t have the same rights as others. It can be in the U.S. or elsewhere in the world. Have them reflect on the following:

One of the most important things you can do to teach your kids about the importance of voting is to make sure you’re registered. Use our quick, simple online voter registration tool to confirm your status today!

Andrea is a mindfulness and yoga teacher, as well as an independent education consultant in Washington D.C. with expertise in child development, social-emotional learning and personalized learning. Andrea formerly lead a $500 million program for the U.S. Department of Education but still talks about her first job as a high school dropout prevention counselor. 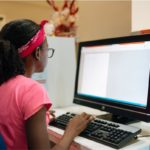 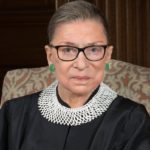 Kid-Friendly Ways to Explain Why RBG Is a Hero