Kid-Friendly Ways to Explain Why RBG Is a Hero

In the wake of Ruth Bader Ginsburg’s death, parents are looking for ways to explain this heroic lawyer and Supreme Court Justice’s accomplishments to their kids. Kids might not quite understand the ins and outs of the legal decisions that made Ginsburg such an important figure, but they can certainly understand some things about her life and her character that can help them appreciate her legacy and impact.

Here are some ways to introduce kids to RBG’s remarkable attitude and what she stood for, using concrete stories and examples, as well as ways to relate them to their own lives.

When Things Are Tough

While Ginsburg attended Harvard Law School, she was one of only eight women in her class of 500 students. The male-dominated environment was very unwelcoming to Ginsburg and her fellow female classmates—the dean complained that the women were taking spots away from qualified men.

But RBG didn’t let those people discourage her—in fact, she was at the top of her class. Plus, she became the first female member of the Harvard Law Review.

Relate this story to difficult situations your children might find themselves in at school or elsewhere. Ask your kids what RBG might do and how they can find the toughness to keep on keeping on.

RBG was a short (5’1”) Jewish woman from a low-income neighborhood in Brooklyn, and neither of her parents had college degrees. In the 1930s, 40s, and 50s, her background meant that she was definitely not expected to rise to a powerful position in life.

However, she found success in each stage of her education and career, and ended up a Supreme Court Justice, one of the most important decision-making positions in the country.

This story can teach kids that no matter their background or what kind of first impression they make on their classmates, teachers, or other adults, they have the strength to make their own decisions and find their own way.

Speaking Up Can Inspire Others

Even though she has been described as “shy” and “introverted,” Justice Ginsburg spoke up and spoke strongly even when her opinion was in the minority. For example, when Lilly Ledbetter was involved in a gender pay discrimination case against Goodyear Tire in 2007, Ginsburg asked many questions and argued on behalf of Ledbetter, reading her dissent statement out loud even though the majority of justices had voted in favor of Goodyear.

Ginsburg’s persuasive dissent ended up motivating Ledbetter to become an activist for equal pay for women, eventually leading to the passing of the Lilly Ledbetter Fair Pay Act in 2009.

Strong Leadership Is Caring and Kind

Justice Ginsburg took an interest in the lives of the people who worked under her. One of her former clerks, Joe Palmore, recounted the story of having trouble finding a daycare for his one-year-old son. His boss, Ginsburg, surprised him by taking him to tour a daycare center after an important event.

Worrying about her clerk’s childcare situation was certainly not part of her job description, but this level of support showed that she genuinely cared about people in real life, not just in her law opinions.

Ask your kids what concrete things other people in positions of power could do to show solidarity for those with less power. 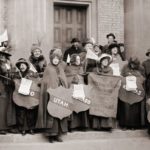 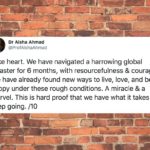