Study: Only Half of U.S. Children Who Need Mental Health Treatment Are Getting It

New research published last week in the journal Pediatrics found that despite an increase in the number of child psychiatrists, one in five U.S. children lives in a county without a mental health provider.

The study found that from 2007 to 2016, the number of child psychiatrists grew by 21 percent, yet 70 percent of counties nationally had no child psychiatrist. Only half of U.S. children with a mental health condition are receiving treatment.

Researchers noted that child psychiatrists were significantly more likely to practice in high-income metropolitan counties with high levels of postsecondary education. They observed three times as many child psychiatrists when comparing counties in the highest and lowest income brackets. And because many child psychiatrists don’t accept Medicaid—the single largest mental health payer in the U.S.—many families struggle to afford these services when they are available. But Wesley Boyd, associate professor of psychiatry at Harvard Medical School says sometimes insurance doesn’t alleviate the burden either.

“People who are looking to use insurance to access child psychiatric services are often out of luck,” Boyd told PBS. “If you’re middle income or lower, you might be priced out of services.”

Child psychiatrists complete years of additional training, yet are also contending with outdated insurance reimbursement rates that pass costs onto patients and price providers out of the practice.

Kaley LaQuea is an award–winning print and digital journalist who’s been creating content since 2008. She’s passionate about economic, environmental and social justice. She has an unhealthy relationship with caffeine and two cats: Totoro and Mononoke. 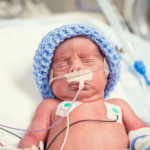