November is Prematurity Awareness Month, and parents of premature babies have more support than ever. According to the Centers For Disease Control and Prevention (CDC), one in ten babies was born premature in 2018. This many preterm babies means just as many families spending their days (and nights) in newborn intensive care units, or NICUs, around the country. Families of preemies have unique needs, from adapted clothing to specific nutrients — luckily many companies, organizations and innovators have risen to the challenge.

NICU babies are almost always seen wearing only diapers, surrounded by tubes and wires. Robyn Welling, Editor in Chief at ParentsTogether, remembers how difficult it was to find preemie clothes when her son was born at 27 weeks gestation, weighing just 2 pounds 10 ounces. “He was so tiny, even the newborn diapers didn’t fit him,” she recalls. “Our resourceful NICU nurses outfitted him in the hospital’s surgical masks instead, which was adorable — but I really wanted to dress him in real clothes. Preemie parents crave that little bit of normalcy in such a stressful time” Luckily, a new NICU-friendly line of clothing was developed by Carter’s with the help of NICU professionals and preemie families to alleviate that problem.

Carter’s created several new clothing options, including one with special sleeves to allow easy access to arms for changing tubes and wires, and a sleeveless option for easy dressing. Carter’s also expanded their preemie holiday clothing line and the amount of styles they have in preemie sizes. Giving families the opportunity to do normal things like dress their babies is a welcome gift for many NICU families.

During an important time for bonding and comforting touch, premature babies are poked and prodded for the majority of their day and separated from their parents for much longer periods than a typical newborn. Not only is this hard on parents and baby, it can also have long term effects on the sensory development of former preemies.

In an effort to focus on positive NICU interaction and comforting touch, Pampers is funding a scholarship program so NICU professionals across the U.S. will be able to take courses in Neonatal Touch & Massage Certification® (NTMC). Knowing NICU staff has been trained to bring even more comfort to their babies will give extra comfort to anxious NICU families.

One of the hardest things about having a baby in the NICU is leaving them every day. There is nothing like welcoming a new baby and then having to leave the hospital without them instead of bringing them home. A camera monitoring system called Angel Eye allows parents to see their NICU babies even when they can’t physically be there. The Angel Eye camera was created by a team of doctors at the University of Arkansas for Medical Sciences (UAMS).

When parents are away from the NICU, the camera allows them video access to their child and will also transmit their voice to the baby, allowing their little one to hear the comforts of loved ones until they are able to return to the NICU for a visit. New options on the camera include the ability to communicate with doctors and nurses and access test results. Dr. Curtis Lowery, a maternal-fetal medicine specialist at UAMS and one of the founders of the Angel Eye camera, sums up reason for inventing the technology. “If a picture’s worth a thousand words, then a video is worth 100,000 words.”

Premature babies often have special health care needs, but one of the most common is a higher level of nutrients than babies who are born full term. A new device called the Miris Human Milk Analyzer is the first FDA-approved instrument to be used to calculate the amount of nutrients in breast milk. The device allows NICU practitioners to identify any nutrients still needed in a mother’s breast milk and supplement those nutrients to give babies optimal nutrition.

Cherrie Welch, M.D., professor of pediatrics at Brenner Children’s Hospital in North Carolina and medical director of the first NICU to use the device, is grateful for this new technology. She told local news, “NICU providers across the country have previously had to estimate the levels of the macronutrients in breast milk, but now, we’re able to take a targeted approach to ensure that we’re meeting the specific needs of each baby we care for.”

NICU families face a difficult and sometimes very long road. Hopefully the attention afforded this serious health issue, in November and throughout the year, will continue to bring advancements to the medical field as well as family comfort and well being. Anything that makes the journey of these premature babies and their families just a little bit easier or more safe is a welcome improvement to an emotional journey. 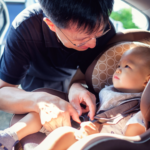 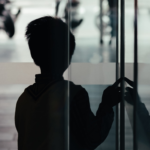 Study: Only Half of U.S. Children Who Need Mental Health Treatment Are Getting It