The Dad Gang is Changing the View of Black Fatherhood

It has taken far too long, but it finally appears as though the United States may be ready to address the nation’s history of systemic oppression of Black people in the United States. Countless news, social media, and other outlets have written about police brutality and violence against people of color in general and Black men in particular. For many of us, it’s long overdue that the issues of systemic oppression and police brutality in the United States be addressed more significantly in mainstream media, Congress, and state and local governments throughout the country. It’s a much-needed reckoning that has taken far too long to receive the attention it deserves, and we welcome it.

Fewer people are discussing the fact that many of these victims of violence are also parents. Black fathers, especially, have been hit hard. The myth of the absent Black dad is pervasive in movies, television, and various other forms of media, creating an inaccurate and harmful picture of Black fathers. Despite the fact that a CDC report shows that Black dads are even more active in their children’s lives than fathers of other racial backgrounds, the myth persists.

The Dad Gang Founder, Sean Williams, is acutely aware of this misleading ideology, and created The Dad Gang to counter negative stereotypes about Black fathers.

Sean was motivated to start the group in 2016, after a white woman came up to him while he was carrying his baby daughter and told him it was good to see him active and sticking around for his family. “I was floored,” Sean told Oprah Winfrey in a June interview. “I knew she probably thought that was going to be a compliment,” but that didn’t do much to diminish the impact of the insult. He reached out to other Black fathers he knew, and they related similar stories. “[People are] accustomed to that image of the ‘angry Black man,’” he explained. “They don’t associate our families with us when they see us. I believe it was two days later, I started The Dad Gang.”

The Dad Gang began as an Instagram page dedicated to “changing the way the world views black fatherhood” by providing positive, accurate, and unabashedly adorable images of Black dads and their kids, but it has evolved into a movement. In June alone, Sean and The Dad Gang were featured on Today, CBS Evening News, and Good Morning America. Target and Great Big Story have also just released a video about the work Sean and The Dad Gang are doing to eradicate false images and ideas about Black fatherhood. The video includes an introduction by Sean that pays tribute to George Floyd, the protests against police brutality, and the calls for social justice. The Dad Gang also organized a Father’s Day march in Washington DC with proceeds benefiting George Floyd’s 6-year-old daughter, Gianna. Other recent activities include The Dad Gang Dance Challenge online.

The Dad Gang is a source of education, support, tips, and encouragement that can help all fathers become better dads. Black dads and their allies can get involved by following The Dad Gang on Instagram or contacting The Dad Gang via their website.

Kim Yaged is a former US diplomat, has worked for the United Nations, and is an award-winning script, short story, and children’s book writer. 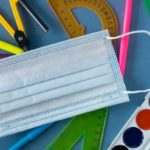 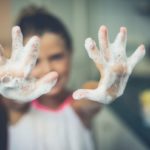 COVID Quiz: How much do you really know about the virus?