In some form or another, the Equality Act has been a policy goal for proponents of LGBTQ and gender equality since the mid-1970s. Now, having passed the House of Representatives and heading into a majority-Democrat Senate, the bill is closer to passing than ever before in its nearly 50-year history.

If it passes the Senate, president Joe Biden has already stated his intentions to sign the bill into law. That would then put the protections into effect on a federal level—overriding the patchwork of state and local laws that either don’t prevent discrimination on the basis of gender identity or sexual orientation, or actively discriminate against people on those bases.

The Civil Rights Act currently bars discrimination in areas like housing and the workplace. If the Equality Act passes, it would expand those protections to cover all federally funded programs and public accommodations (which includes things like retail shops, public events, and transportation services).

This would mean, for example, that a hotel would not be allowed to deny an available room to a same-sex couple. Or, a landlord would not be able to reject a transgender person’s application for an apartment just because of their gender identity.

Opponents of the bill cite religious freedom as their main concern. The Equality Act explicitly overrides the Religious Freedom Restoration Act, or RFRA. Passed in 1993, RFRA allows people to use their religious beliefs to justify discrimination of unprotected groups like the LGBTQ community.

In response to the religious freedom argument against the bill, Ian Thompson, senior legislative representative at the ACLU, told NPR, “Just as [a business] would not be able to turn away somebody for any other prohibited reason in the law, they would not be able to do that for LGBTQ people either. And we think that’s a really important principle to maintain.”

The bill passed the House on February 25, so the next step is to head to the Senate floor for debate. As this process began ramping up, 15-year-old Stella Keating addressed the Senate about the importance of the Equality Act to her and other trans kids like her.

The leader of the youth-led movement the GenderCool Project became the first transgender teen ever to speak in front of the Senate. Explaining why it’s important for the Equality Act to pass, she said, “Less than half of the states in our country provide equal protection for me under the law. What happens if I want to attend college in a state that doesn’t protect me? Right now, I could be denied medical care or be evicted for simply being transgender in many states. How is that even right? How is that even American?”

Keating isn’t alone in feeling this way. In fact, a new poll from the Public Religion Research Institute shows that over 75% of Americans support legal protections for LGBTQ people. However, though the Democrats currently hold a narrow majority in the Senate, the bill would need 60 votes to avoid a filibuster—which would mean they need 10 Republicans to join them in supporting the Equality Act.

The filibuster is a strategy legislators use to delay a vote on a bill. It used to require that a lawmaker speak on the Senate floor continuously to postpone a vote, but has devolved into a largely informal procedure where the key legislator simply indicates that they would be speaking.

While many Democrats are pressing for filibuster reform to re-establish the simple majority, which would allow them to pass the Equality Act, the prospects are questionable. Their current strategy is to continue trying to whip the votes and eke out a narrow, but long-awaited victory—a victory that can’t come soon enough for Keating, the trans community, and nearly every other American across the country. 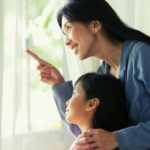 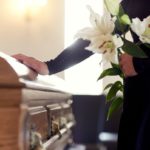