Over the years, parents have tried everything under the sun to give their kids a head start in school and boost their brain power. Playing classical music in the house, early exposure to foreign languages and cultures, and educational media and toys are just a handful of the strategies that have trended among parents in the past decade or so.

However, according to Kathy Hirsh-Pasek, professor of psychology at Temple University who has studied child development for nearly four decades, “It doesn’t quite work that way.”

Hirsh-Pasek and co-author Roberta Golinkoff wrote Becoming Brilliant: What Science Tells Us About Raising Successful Children, which dispels many of the myths surrounding childhood intelligence. Instead of thinking about kids as sponges, passively absorbing the information around them, they reframe learning as both a social and emotional experience.

In a recent episode of NPR’s Life Kit podcast, Hirsh-Pasek explained this new framework, and the “Six C’s” that every child needs to succeed within it. “Play is active, not passive. And it turns out the way we learn is active, not passive. When we’re sitting there like a couch potato we aren’t learning as much as when we’re doing,” says the child development expert.

The Six C’s outlined in Becoming Brilliant are intended to refocus parents on more interactive types of learning. They are as follows;

Hirsh-Pasek urges parents to remember that learning should be joyful. Turning ordinary tasks into games, encouraging creativity, and working on projects together are just some of the ways to build lifelong habits of learning that make kids successful. 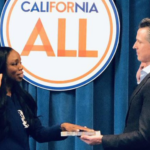 New Surgeon General Recommends Every Child Be Screened for Trauma 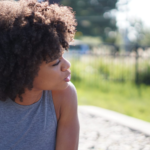