Washington state lawmakers have proposed new bills that, if passed, would protect every kid’s right to set up a lemonade stand. The pieces of legislation aim to stop local governments from interfering in the occasional sale of non-alcoholic beverages on private property by anyone under a certain age (under 18 in the proposed House bill, and under 16 in the proposed Senate bill).

State Rep. Luanne Van Werven said she is introducing the bill in the House because of a constituent’s story about an “overzealous bureaucrat” who told her daughter that a permit was needed for her lemonade stand. Van Werven believes that lemonade stands represent “a wonderful opportunity for us to encourage entrepreneurship of our next generation.”

State Sen. Steve O’Ban is sponsoring a similar bill in the Washington State Senate. “For many kids who run lemonade stands, it is their first experience with business. It’s a real-world lesson delivered in a fun way. Government shouldn’t sour that for them,” O’Ban argued in a statement.

Currently, lemonade stands in Washington are technically subject to state and local business requirements such as paying sales tax and obtaining expensive health permits. Even if these regulations aren’t often enforced for kids’ pop-up beverage stands, there have been several cases in the news of lemonade stands being shut down for code violations in recent years. In Denver, police shut down a stand being run by brothers who were raising money to help support a 5-year-old in Indonesia through a local charity, stating the boys needed a $125 permit. In Coralville, Iowa police closed a 4-year-old’s lemonade stand after it had been selling refreshments at a bike race for just 30 minutes. In upstate New York, the Health Department shuttered the lemonade stand that a 7-year-old had set up on his front porch.

The proposed laws would make young summertime entrepreneurs like these in Washington officially exempt. 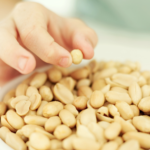 Help On The Horizon: FDA Approves The First Treatment For Peanut Allergies in Children 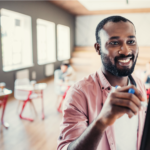