Without free school meals for all, many fear lunch debt will return ‘with a vengeance’

For the last two years, any public school student in the U.S. could eat lunch for free. This year, that’s over.

That means Shani Hall, who oversees student nutrition services for Florida’s Hillsborough County schools, will be poring over her list of local residents and community groups that have offered financial help. When students accumulated meal debt in the past, those are the people who’ve wiped out balances.

Last year, for example, a local church pitched in $21,000 to cover old meal debts for high school juniors and seniors.

“Whenever we get a donor that reaches out to us, we keep that contact information and say: ‘Are you still interested?’” Hall said. “There is a lot of need out there.”

As the new school year gets underway, the end of a pandemic-era free meals provision is likely to mean the return of student meal debt. That’s because families who qualify for free meals may not realize they have to fill out paperwork again, and then struggle to pay the fees. Other students who ate for free during the pandemic might rack up debt before realizing their families don’t meet the low income thresholds.

“Before the pandemic, unpaid school lunch debt was a huge problem,” said Crystal FitzSimons, who oversees school nutrition work for the nonprofit Food Research & Action Center. “We are very concerned about unpaid school meal fees and them returning with a vengeance.”

The issue of school lunch debt rose to prominence in the years leading up to the pandemic. Three-quarters of school districts reported students had unpaid school meal debt by the end of 2017-18 school year, according to a survey of 800 districts conducted by the School Nutrition Association, a national nonprofit representing school food workers. That stacked up to nearly $11 million in unpaid meal debt at the 570 districts that disclosed their totals.

That debt can have big consequences for families.

In Illinois, for example, when a seventh-grader’s application for free meals was incorrectly processed, the student racked up nearly $1,000 in meal debt without his family realizing it, The Counter reported. The student eventually qualified with a second application, but as his family struggled to pay off the old debt, the district wouldn’t allow the high schooler to attend school events, like his homecoming dance.

Elsewhere, school districts have given students with meal debt cold sandwiches instead of hot lunches, or even hired debt collectors to go after families.

There are some working to change that. A few states, such as California and South Carolina, ban the use of collection agencies for school meal debts. And last month, House Democrats introduced legislation that would prohibit school districts from hiring debt collectors to retrieve unpaid meal debt. The bill also would give schools money to wipe out students’ old debt if they eventually qualify for free or discounted meals.

But it’s unclear what the future of that legislation will be — so far, it’s advanced along party lines without Republican support. And in recent months, the free school meals have repeatedly gotten caught in the political crosshairs.

Congressional Democrats pushed to extend the pandemic-era free-meals-for-all provision earlier this spring, but Republicans objected to the costs and it was left out of the school meals law that passed last month. Last week, a deal reached by Senate Democrats on the federal budget also excluded a provision that would have made it easier for more schools to offer free breakfast and lunch to all students.

Still, many schools and big-city districts, such as New York City, Los Angeles, and Chicago, will continue to offer free meals to all their students without any forms. They can do that through a decade-old federal program that allows schools with large shares of students from low-income families to serve free meals to all kids. The growing program offered free meals to nearly 15 million students the year the pandemic began, or about 3 in 10 U.S. students.

How schools are trying to help

Some districts that historically haven’t participated in that federal program, like Hillsborough County, will start this year. The district will offer free meals at 174 schools this year, expanding access to potentially tens of thousands of kids.

“We listened to families who were worried about losing free lunches,” Superintendent Addison Davis told parents in an email.

The program isn’t districtwide, though. So Hall and her team are calling, texting, and emailing families at the other 56 schools that still have to fill out paperwork. Hall worries some families will still slip through the cracks — especially parents of younger children who never had to fill out forms before.

Some districts have decided to cover additional meal costs this year to help families who are losing access to free meals. Pennsylvania’s North Penn School District, for example, will cover the cost of free breakfast for all students, and if a student qualifies for a reduced-price lunch, they will get a free meal.

Officials there saw school meal debt climb in the years leading up to the pandemic. That debt totaled around $5,500 in the 2018 school year, then grew to $15,500 the following year, and ballooned to just over $26,000 as the pandemic shuttered school buildings in spring 2020.

For the last two years, there’s been a zero balance, but with more families tumbling down the economic ladder since the pandemic began, officials don’t expect it to stay that way.

“It’s definitely something that we are preparing for,” said Melissa Froehlich, the district’s coordinator of school nutrition services. “I can see it easily going way higher than $26,000.”

Similarly, Jenison and Hudsonville schools in Michigan will give free meals to all students that qualify for reduced-price ones. Officials hope the change will help around 1,000 families. The need was evident as officials saw a spike in students eating school meals when they were free.

“It removed a lot of stigma, but also it just became easier to use the program,” said Mary Darnton, the food service director for the two districts. She’s hopeful covering reduced-price meals “will also encourage more families to apply, because in the past even that small cost was prohibitive.”

The combination of school meal debt horror stories and the two-year pause on meal fees could also encourage schools to find other ways to cover debts, instead of sending collectors after struggling families.

“You can make choices about resources,” said Thurston Domina, a professor of education at the University of North Carolina at Chapel Hill, whose research found that when schools offer free meals to all students, it reduces suspension rates. “​Maybe that culture has shifted — not a prediction, but it’s a hope.” 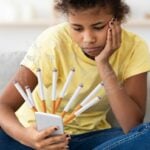 Study finds social media increases tobacco use in kids. Here’s how to help them recognize those marketing tricks 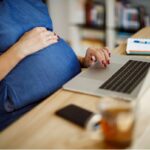 Navigating a pregnancy in the workplace: Know your rights