How To Teach Your Kids the REAL History of Thanksgiving

As you figure out who’s invited to Thanksgiving dinner and what will be on the menu, your kids may be doing activities, crafts, or lessons about the holiday at school. But what, exactly, are they learning about the Native Americans and the Pilgrims and how this holiday came to be? A lot of us are fuzzy on the details, but we have some idea that the simple history we were taught as children is neither very accurate nor fair.

The more you research it, the more you’ll realize that the “first Thanksgiving” is mostly a myth, that the “Pilgrims” were not even called Pilgrims and didn’t even land on Plymouth Rock, and that the European settlers soon began massive land theft and violence against the Wampanoag people. So how can we explain this to curious or misinformed kids?

You can start by explaining that the indigenous people’s side of the story has not been told enough, so most Americans don’t know it. As Debbie LeeKennan, an anti-bias education leader, put it, “The traditional Thanksgiving presents the U.S. history from one perspective, that of the European colonist and not the indigenous people who were living here for thousands of years.” To get a more accurate picture and to avoid further marginalizing Native American cultures, she suggests using the holiday as an opportunity for you and your kids to learn more about North America’s history and culture from indigenous points of view.

Checking out some children’s books by Native authors is one great way to start learning and absorbing, even for kids who are too young to understand any of the history. This book list compiled by the Seattle Public Library includes indigenous-authored picture books, chapter books, young adult fiction, graphic novels, and more for all ages.

Another way to engage kids is to look at a map of tribal nations together and find out more about the history of the land you live on. Tribal Nations Maps is a good source for maps, puzzles, and postcards for your kids or their school. And if you’re looking for an online-only resource, the Native Lands interactive map makes it easy for you to explore your region with your child.

Further, you could try to familiarize yourselves with some of the countless contributions indigenous people have made to contemporary American culture: from common foods and agricultural practices, to the origins of words like chipmunk and barbecue, to everyday products such as cotton and moccasins, there’s probably some surprising history you can uncover alongside your kids, and add to your list of things to be thankful for—see more examples here for interesting starting points.

Also keep in mind that while some Native Americans may celebrate Thanksgiving, some definitely do not — in 1970, a group called the United American Indians of New England dubbed Thanksgiving as a National Day of Mourning of the genocide, theft, and marginalization of Native peoples and lands. Others think one day of giving thanks isn’t enough: as Anne Thundercloud of the Ho-Chunk Nation said, “We’re a very spiritual people who are always giving thanks. The concept of setting aside one day for giving thanks doesn’t fit. We think of every day as Thanksgiving.”

Of course there’s nothing wrong with celebrating seasonal foods and focusing on thankfulness during this time of year. But we could all benefit from expanding the realm of our knowledge and our gratitude to include more indigenous history and perspectives. For even more resources and ideas on how to do so at home — or how to encourage your child’s school to do so — peruse the links in this Racial Justice Guide to Thanksgiving for Educators and Families. 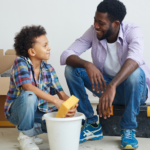 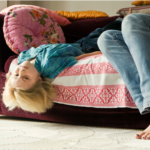