Most parents would assume that kids who perform chores on a regular basis probably have a great sense of self-control, but a recent study shows that may not actually be the case.

If self-control doesn’t exactly sound like the goal you had in mind when you decided to give your children chores, consider how the researchers are defining the term: An integral personality trait demonstrated by control of one’s impulses and the ability to focus and perform a task even when you have zero desire to do so. The latter seems especially closely tied to chores, as you’d be hard-pressed to find a child who jumps at the chance to tackle the laundry or mop the floor, especially as they approach the pre-teen and teen years and the desire to be ‘just like Mom and Dad” has worn off. But, controlling impulses, focusing attention, and doing things we don’t want to do are arguably skills that parents want to teach their kids — and chores, on the surface, seem like a great way to instill those traits.

Motivated by previous research that indicated children who do more homework tend to be more conscientious (a personality trait considered similar to self-control), researchers at the University of Houston and the University of California, Davis, paired up to conduct their own experiment using data from a 10-year longitudinal study. The results, published in the Journal of Research in Personality, found that kids who do chores don’t exhibit any more self-control than kids who don’t help out around the house at all.

“Maybe chores don’t matter for personality development, but they still predict future chore behavior,” said lead study author Rodica Damian, an assistant professor of psychology at the University of Houston, in a statement. “It is a stable habit and having a tidy home is not something to ignore.”

The results suggest that while chores may not be the immediate key to mastering self-control, continuing to “work on it” will likely still pay off later in life.

Before you let your kiddo off the hook from sorting laundry or clearing the dinner dishes, keep in mind that giving kids chores teaches them a wealth of lessons beyond just self-control. Accountability, a strong work ethic, and an understanding and appreciation for what it means to “pitch in” and work as a team (in this case, the team being the family unit), all go a long way. In fact one landmark Harvard University study found that kids who do chores grow up to be more successful adults.

So get those chores charts out, and start doling out those assignments. 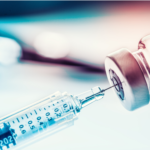 HPV Vaccination Rates Are Lagging—Inadequate Information May Be To Blame 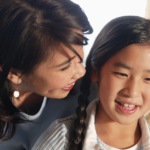 How To Teach Your Kids the REAL History of Thanksgiving