The Big Idea: Our culture is teaching boys to suppress their feelings from an early age. In actuality, to raise resilient and emotionally healthy boys we should:

When my very emotional 8-year old son dissolves into tears about a broken lego, a minuscule scratch, or how unfair it is that he can’t eat ice cream for breakfast, sometimes my first instinct is to say to him, “Stop being such a baby.” or “Give me a break.”

But, as ridiculous as his emotions might seem to me, I always try to allow him space to feel them. All of them.

I want him to feel safe about expressing his feelings around me because I know that throughout life, as a boy, he will be bombarded with messages to suppress them. And it starts as early as elementary school.

Judy Chu, a human biologist, conducted a two-year study of 4- and 5-year-old boys and found that some aspects of typical “boy” behavior—aggression, opposition, apathy—are all learned traits. Boys, just like girls, are born with an innate desire for connection and relationships, but by the time they reach first grade, they begin picking up traditional traits of masculinity from a culture that expects them to act a certain way. [New York Times]

According Dr. Konstantin Lukin in Psychology Today, our current social stereotypes tell us that “boys are supposed to be tough, strong, and stoic, as opposed to weak, emotional, or vulnerable. But in reality, assigning these attributes to a gender is random and dangerous.” Dr. Lukin asserts that forcing our kiddos into traditional gender roles can be “toxic”—and that helping them manage and fully express their emotions is key for setting them up for success.

We want to raise strong, independent boys, but when we tell them to ‘man up’ and put their feelings aside, we are actually doing just the opposite. According to Harvard psychologist Susan David, “Research shows that people who suppress emotions have lower-level resilience and emotional health.” In other words, boys who can’t express how they feel are actually less able to thrive and form healthy relationships.

So, how do we combat this trend? We have to show up for all our boys’ feelings. Dr. David suggest we start by saying, “I can see that you’re upset,” or asking “What are you feeling?” It’s really as simple as that. Let’s teach our boys that emotions aren’t good or bad, and they’re definitely not something to fear. Even when the tears are about tiny plastic bricks. 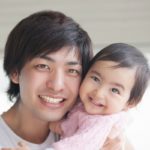 Babies: Talk it up