If you could reap the benefits of having a midwife or doula the next time you gave birth at an affordable cost, would you?

A growing body of research shows the presence of midwives and doulas both before, during, and even after childbirth provides a slew of health benefits to both moms and babies, but many mothers simply can’t access that type of care.

For starters, each state has different laws regarding how these “labor assistants” are recognized and each insurance company has different policies regarding which of these types of services they cover, if any. As a result, the majority of women are unable to access the care that midwives and doulas provide.

Adding another wrinkle to the story, the only type of midwife that the federal government recognizes is what’s known as a certified nurse-midwife. These are registered nurses specially trained to support moms from the prenatal period through postpartum, oftentimes beyond the six-week time period when the care of obstetricians and gynecologists tends to decline. In some states they can even write prescriptions.

Certified nurse-midwives are a mandatory benefit of Medicaid, therefore moms who qualify for Medicaid are among those who can access this level of care. Ironically those mothers who can afford medical insurance often can’t, either because state laws or insurance policies don’t allow it or they make it so expensive, many can’t afford it.

Certified professional midwives, by contrast, are regulated by states, can’t write prescriptions, and they aren’t covered by Medicaid in every state. As a result, out-of-pocket expenses vary wildly by state.

There is overwhelming evidence that shows the more midwives and doulas are integrated into healthcare systems, the better the likelihood for mothers and babies.

States with a higher level of integration of midwives, such as Washington, New Mexico, Oregon, New Jersey, and New York, report a higher number of vaginal births and breastfeeding and lower rates of preterm birth and low birth weight, according to a study published last year.

Even more recent research shows that when comparing midwives, doulas, and partners for support during pregnancy and childbirth, doulas had the greatest effect on the risk of Cesarean section (a 25 percent decrease) and on the likelihood of a vaginal birth (an 8 percent increase).

The March of Dimes provided additional support for doulas earlier this year when it released a statement saying that it supports access to doulas as one way to improve birth outcomes. It went on to advocate for all payers to provide coverage for doula services.

Until states and insurance companies introduce more flexible and affordable policies, many moms will be unable to access the care provided by doulas and midwives, despite mounting evidence showing the benefits of having this support. 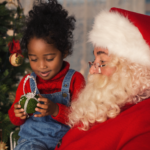 Why iPads Should Never Be ‘From Santa’ 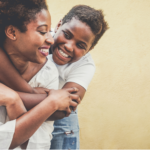