Why iPads Should Never Be ‘From Santa’

This advice from an expert about what parents should take credit for on Christmas is as true today as it was when her viral plea initially went out two years ago. Megan Dunn, a social worker and Family Court Case Manager in Atlanta, wrote an impassioned Facebook post about heartbroken families who can’t afford big ticket items, and pleaded with families to make sure expensive gifts don’t come from Santa. Thanks to internet sharing, her post is headed for viral status again this year.

In the post, Dunn explains her reasoning to parents, reminding them that not all families can afford electronics or other expensive gifts. “Little kids wonder why they got socks or a coat or hand me down toys from Santa and other kids got an iPad. This is the second year I’ve had a parent cry to me telling me that their kid asked if they weren’t good enough or if Santa didn’t like them as much. Breaks my heart for the parents and the kids.”

Kids have always been told that Santa gives to children who’ve been nice all year, and leaves coal for those who’ve been naughty. Even the most popular Christmas carols tell them so, while traditions like Elf on the Shelf remind them that their behavior is always being monitored. With this in mind, it’s easy to see why young kids might be hurt to think that Santa decided they didn’t deserve the same gifts that a friend, cousin, or classmate might have gotten — despite their efforts to be “good.”

Additionally, kids from low-income families can take a major hit to their self esteem and well-being when comparing notes with other kids about holiday gifts. “Poor kids understand inequality pretty much from birth,” shares Bobbi Dempsey, one self-proclaimed former “poor kid” who sometimes got IOUs from Santa as a child. “They know some parents have more money than others and can afford to buy more expensive gifts. But ‘Santa’ is not restricted by any such budgetary concerns, so, for kids who believe, his seemingly unfair and inconsistent gift-giving process is harder to grasp.”

Dunn feels that a lot of these negative outcomes could be avoided if parents made sure expensive gifts like iPads, gaming systems and new phones came from parents, and more reasonable gifts came from Santa. That way all kids can feel the Santa love.

It’s important to note that you don’t have to alter your gift list one bit to show empathy to the kids who might not have big-ticket gifts under the tree. Following this suggestion doesn’t mean you can’t buy your child a pricey gift, if you have the financial resources and desire to do so — it simply means putting your own name on the gift tag instead of St. Nick’s. 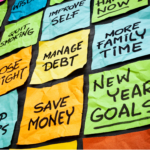 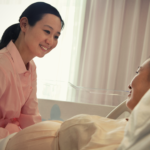