When babies spend their early days, weeks, or months in the Newborn Intensive Care Unit (NICU), they may not sleep as well as babies who are able to go home right away. Quality of sleep is important for newborns’ development, so a new study looked at one potential way to soothe preemies and other at-risk newborns in the ICU to sleep when they’re away from their families.

The study, conducted by University of Michigan researchers, found that for babies in the NICU who were born at 35 weeks gestation and older, recordings of their mother’s voice reading children’s books helped the infants have more normal sleep patterns. The recordings, which were played for six hours in a row, helped bring a familiar sound to the babies, who were presumably used to hearing their birth mothers’ voice while in the womb.

NICUs are great for infant health—but often not so great for sleep.

Neonatal intensive care units can be disruptive environments, due to all of the medical equipment and constant care. “The perpetual beeping, frequent nursing interventions, and sudden alarms from medical equipment are not at all like the quiet, soothing nursery environment I’d imagined for my newborn,” recalls Robyn Welling, whose first child was born prematurely and spent over three months in the NICU. “I was there almost around the clock, and although voices are more hushed late at night, the noise really never stops.”

All the noise and activity isn’t necessarily bad for babies overall, though: a previous study showed that infants in isolated NICU rooms (without as much noise, but with less language exposure) actually fared worse in language development than those in the open bay NICU environment. The mother’s familiar voice playing during the noisiest periods of time in the NICU was what was shown to help in this current study.

The recordings helped beyond the NICU.

The most recent study looked at babies from 33 to 41 weeks of gestational age, and another interesting finding was that for babies 35 weeks and older, the maternal voice recordings were also associated with the babies having progressively more awake time as they aged—representing a healthy development of the sleep-wake cycle.

Hearing parents’ voices more regularly is only one strategy, and the researchers are eager to explore other potential methods for improving sleep in the NICU—for babies of different gestational ages. “My son was born at 27 weeks, far earlier than this study indicates recordings of my voice would have helped,” Welling shares. “For him, we played a recording of a heartbeat. It’s one of the sounds he’d have been able to hear at that stage of development, before he could recognize my voice.”

“Sleep is really a marker of how well a baby’s brain is functioning, and healthy sleep is critical to development. Babies’ brains develop significantly over those first few weeks,” says lead author of the study, Renée Shellhaas. “The NICU environment influences sleep. If we can find simple tools to help babies in the unit get higher quality sleep, they could make a big difference to infants’ health and development, especially for those who must stay in the hospital for an extended time.” 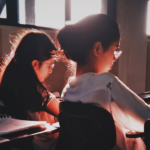 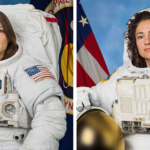