There are collective cheers going up all over the world from parents and educators of girls. The all-female space walk, originally scheduled for late March, is back on. Astronauts Christina Koch and Jessica Meir completed this monumental walk in space early this morning.

Koch and Meir’s space walk was postponed in March because of the lack of medium-sized space suits to fit both women. The STEM-loving women of the world were disappointed to say the least, but NASA assured the public that they were working to correct the issue and the walk would still happen.

True to their word, NASA announced on Tuesday that all systems were a go for the first all-female space walk. Koch and Meir exited the spaceship just before 8 a.m. Eastern time to repair a battery charge-discharge unit that was having difficulty supporting power to the International Space Station.

While the U.S. has had female astronauts since Sally Ride became the first American woman in space in 1983, space endeavors have always been a male dominated field. The most qualified astronauts are selected to complete each mission. We have finally reached a point in time where the world recognizes that the two who fit this description are female.

The spacewalk this morning was Koch’s fourth and Meir’s first, and was live streamed by NASA.

Witnessing an all-female space walk does amazing things for this generation.

Liz Warren, Ph.D., communications coordinator for the International Space Station Program Science Office offered this regarding the significance of these women in space:

“In space exploration and in science, we stand on the shoulders of those who came before us. These women pushed the boundaries and continue to expand the limits of our knowledge. What an incredible heritage for the girls of today who will become the scientists, engineers, leaders and explorers of tomorrow.”

The spacewalk was originally scheduled for October 21st, but the timeline was pushed up when a power controller failed. Earlier this month, NASA TV interviewed Kock and Meir, asking if they were bothered that their accomplishments have often been framed in terms of their gender.

“That is something I’ve done a lot of thinking and reflecting on,” Koch replied. “And in the end, I do think it’s important. And I think it’s important because of the historical nature of what we’re doing and that in the past women haven’t always been at the table.”

If you know or love girls interested in space exploration and are looking for reading material to encourage them, or to expand the horizons of other young readers, here are a few books to check out.

The items below use affiliate links—our nonprofit, ParentsTogether, may earn a percentage of purchases made through these links, at no additional cost to you. Thank you for your support. 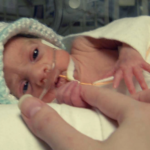 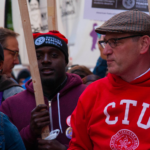