Starting in January, students at Stephen T. Badin High School in Hamilton, Ohio will receive at least one drug, alcohol, and nicotine test during the school year. School officials notified parents in a letter that states:

“Given the great pressures our students face, now is the time to take an even more aggressive stance against the threat of drug use. Through drug testing, we are strengthening our students’ ability to truly say ‘I can’t, my school tests’ when pressured into experimenting with drugs. Having this out is a great tool for fighting peer pressure and can provide parents greater peace of mind.”

Drug testing in school is a growing trend. A nationwide survey conducted by the Centers for Disease Control and Prevention (CDC) reveals that 38 percent of school districts had drug testing and use prevention policies in 2016, as compared to a quarter of districts ten years ago. Prior to the Badin High School drug testing announcement, Fairbury Public Schools in Nebraska implemented a mandatory random drug testing policy in 2019 for school athletes and students who want to participate in extracurricular activities.

Drug testing policies vary by school. No federal laws currently regulate school-based drug testing, but two Supreme Court rulings affirmed such tests in public schools.  While Badin High School is a private school and is not bound by these rulings, much like the public schools that have sanctioned drug testing, its new policy reflects a history of Random Student Drug Testing (RSTD) dating back to the1990’s “War on Drugs.”

At Badin, students will be tested at least once a year for illegal drugs, alcohol, nicotine, and other banned substances. The wording allows for more than one testing a year with no listed maximum of tests, and students must comply with this policy as a condition of enrollment. Students with a first positive drug test would not receive punishment, provided no other violations of school policy—like drug possession on school grounds—have occurred. But a second positive test would launch comprehensive intervention measures, including counseling and suspension. A third positive test would be cause for expulsion.

The policy is perhaps strengthened by national response and legislation regarding student use of tobacco and other drugs. In December, the President signed bills which amended the Federal Food, Drug, and Cosmetic Act to raise the federal minimum age of sale for tobacco products—such as cigars, cigarettes, and e-cigarettes—from 18 to 21 years old. And the FDA has just announced a ban of fruit and mint flavored cartridges in e-cigarettes as an added measure against youth vaping. Manufacturers will have to cease production and sale of these e-cigarettes, while tank vaping systems found in vape shops are exempt.

“The impact of drug use on young students and their families is staggering and our community is not immune to this issue,” Badin High School administrators wrote to parents. Their decision to enact the drug policy followed a two-year development process with support from the Archdiocese of Cincinnati, they said, also referring to alarming drug use trends among youth.

Do drug tests even work?

Studies on the merits of drug testing have been mixed, and absent supportive scientific data, the American Academy of Pediatrics (AAP) opposes in-school random drug testing policies. However, their policy has not been updated since 2015.

Proponents say testing allows for early intervention and detection, and acts a deterrent to drug use in response to peer pressure. But others argue the tests are too costly, less effective than other interventions such as counseling, can encourage students to cheat the test, and may disproportionately impact students of color.

Betty Aldworth, executive director of Students for Sensible Drug Policy, has warned that, “Drug testing in schools is not just ineffective but insidious: Students who are suspended or expelled are more likely to use drugs and less likely to successfully complete their education.” She added, “Those who are using drugs will be disinclined to participate in extracurricular activity, and those who are undeterred from drug use will use drugs which are less likely to appear on tests but are more likely to result in permanent brain injury or sudden death.”

Cindy Haung, assistant professor of counseling psychology at Columbia University’s Teachers College, spoke to the New York Times about such concerns, saying: “There’s really no clear indication that implementing mandatory drug testing will directly lead to better and reduced substance abuse rates.” However, she clarified by saying that, if the testing program is “properly planned and then implemented” is does have the potential to be an effective preventative measure against risky behaviors. 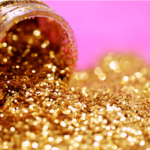 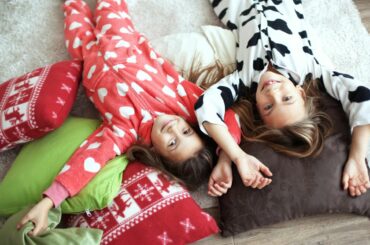