Explaining parts of Arab American culture your child might see

April is Arab American Heritage Month, and most families have plenty to learn. Maybe your kids are asking (loud) questions about your neighbors’ hijabs that you don’t know how to answer, or you’ve realized you’re not sure of the difference between the terms Arab, Middle Eastern, and Muslim.

To boost your kids’—and your own—awareness, you can start by learning some of the more visible signs of Arab culture that might be around you, or that you’ve seen in the media. If there’s something you don’t understand, learning is the first step toward empathy!

Who are Arab Americans?

First it’s important to understand that “Arab American” encompasses a very diverse group of people—most of whom were born in the U.S. but have heritage from one of the 22 Arabic-speaking countries in the Middle East and North Africa.

However, the Middle East is not exclusively Arab. Middle Eastern states that are not Arab include Turkey, Iran, and Israel, though communities of Arab minorities live there, much like here in the U.S.

Arab Americans may have Christian, Muslim, Jewish, Druze, or other religious affiliations. They can have dark or light skin and hair, and can be part of any social class. They might have any style of dress depending on their religion, cultural upbringing, and individual choices.

Below we’ll learn about some of the visible aspects of Arab American culture that kids might notice in their daily life or on TV. These styles and symbols do not represent all of Arab culture, and some of them might also be used by people who are not Arab.

The hijab (hee-jaab) is a head covering popular among some but not all Muslim women, and some but not all Arab women. It covers the hair, neck and all or part of the chest, but not the face. There are many different types of hijabs that vary based on country, culture, religion, and upbringing.

Just a few of the reasons women may wear hijabs:

The niqab (nuh-kaab) is a type of hijab that’s usually black and covers the head and most of the face except the eyes—sometimes the forehead is also exposed. It’s most common in Saudi Arabia and other Gulf countries.

(It’s not the same as the burqa, a blue full-body covering with mesh in front of the eyes that’s usually seen in Pakistan and Afghanistan—NOT Arab countries. The Arab version of the burqa is called the boshiya, and is usually black.)

The thawb (thowb) or dishdasha (duhsh-da-shuh) is a long white robe (sometimes gray or brown) that is commonly worn by men from countries in the Gulf.

Just a few reasons men may wear it:

Some Arab men (and sometimes women) wear a checked cloth or a white cloth on their heads, called a keffiyeh (keh-fee-yuh) or shemagh (shuh-maag), sometimes with a black rope around it. Styles differ, but they’re most commonly worn in the Gulf countries (the seven Arab states bordering the Persian Gulf—Bahrain, Kuwait, Iraq, Oman, Qatar, Saudi Arabia and the United Arab Emirates or UAE), as well as Palestine and Jordan.

A few reasons people may wear a keffiyeh:

It shouldn’t be confused with the turban, a strip of fabric wrapped and twisted around the head. Turbans are sometimes incorrectly attributed to Arab culture, but are primarily worn in India and by followers of the Sikh, Muslim, or Hindu faiths around the world.

Henna is a lace-like, reddish-brown temporary tattoo style that originates from Arabic and Indian traditions. It is usually used to decorate women’s hands and feet.

People may use henna for special occasions such as weddings and holidays, or simply to embellish their style any time they wish.

And because the art form has become popularized in non-Arabic and non-Indian cultures as well, you may see it on people of any ethnicity.

The Hand of Fatima (also known as hamsa in Hebrew) is a decorative symbol that serves as a good luck charm. It’s an open palm of the right hand that often has an eye in the middle of it to ward off evil.

This symbol can be found in jewelry, home decor, and many other places throughout the Middle East and northern Africa—and has become popular in other places around the world too. It can be affiliated with Jewish, Muslim, or other religious or non-religious cultures.

Consider these to be starting points for raising your family’s awareness. Hopefully this leads to more opportunities for learning and connection with the people around you! 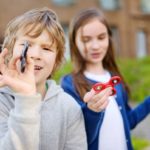 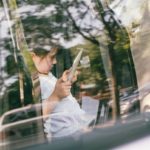