Schools already had a fragile grasp on stability. Then omicron hit.

Ninth grade teacher Jason Mount refers to this time as “phase three” of the semester for New York City schools.

Phase one was readjustment to in-person learning. Phase two had students settled in and able to focus on academics. But that feeling has slipped away as staff absences have piled up due to COVID and other illnesses.

Mount spent last week stepping in for missing colleagues. Sometimes there was a lesson to teach, sometimes there wasn’t. While supervising lunch, he overheard a student describe his Wednesday schedule — “art, gym, sub, sub, sub, lunch, sub, sub” — and then wonder aloud if it was worth coming to school the next day.

The first week of January was the most disrupted of the school year, as the more highly transmissible omicron variant contributed to a rise in staff and student absences. Some schools struggled to function normally but kept their doors open, while others temporarily closed their buildings and returned to virtual learning.

Those hiccups have left students and teachers fighting to maintain a tenuous grasp on the stability and academic progress they’ve made so far this year. And even in places that didn’t experience as much disruption last week, students and educators say the worry a return to remote learning could be in their future is hanging over them.

“I am extremely nervous about that,” said Melissa Boneski, who teaches kindergarten in Connecticut’s Hartford County, where more of her students were absent than usual last week. “Not knowing what’s going to happen next, the teachers are definitely feeling the stress.”

Without the adults they need, some schools have combined classrooms or come up with other stopgap solutions that put normal teaching and learning out of reach.

When Bree Nelson returned to Chollas Mead Elementary in San Diego last week, the list of staff vacancies on the whiteboard by the principal’s office ran eight to 10 names, and just two had substitutes.

Lately, Nelson often goes without the teacher and support staff who normally spend extra time working with her students with special education plans. Four out of five days last week the staffer who usually helps students with the most intensive needs was absent or substituting, which meant Nelson hunkered down at her back table with a handful of kids instead of circulating around the room.

As a work-around, she checked in verbally with her other students — “Hey Table 1, is everybody doing OK over there?” — and watched to see if they put their thumbs up, down, or to the side, as one student did when she got stuck spelling a word.

“I’m not giving the attention to all my students like I normally would,” Nelson said. “It’s those little moments with your students where you get to connect with them, and meet with them, and help them. Those moments matter.”

The acute shortages of the last few weeks have come after months of chronic staffing issues that have sapped educators’ reserves. For example, every day last week at New York’s Riverdale Kingsbridge Academy, Mount led a high school class solo that’s supposed to be co-taught with a special education teacher. By his count, it’s happened 20 times this school year, with the other teacher filling in for colleagues, or staying home sick.

That made it harder for Mount to stop by his students’ desks to correct their work or reel in their attention if they got distracted by their phone.

“It’s not only an academic support, but I also think it’s a behavioral management support,” he said.

In school districts where students have temporarily returned to remote learning, teachers worry that being out of school could throw some students off track.

At Newark’s East Side High School, Denise Wiseman had been nudging her ninth graders to put their enthusiasm about being back in the classroom — “Most mornings, they come into class like they’ve been shot out of a cannon,” she said — into their schoolwork.

But the graphic design teacher has seen that energy dissipate with the district’s return to remote learning. She’s particularly concerned about the handful of freshmen on her roster who are failing every class, and the “tell it like it is” conversations she’d been having with them are harder to do virtually.

Last week, some of her classes were missing five to 10 students. Following up over text, she gleaned that some students didn’t have a device or were having internet issues. The students who did attend kept their cameras off and didn’t say much.

“When I look at their grades, I see some of them are really struggling,” she said. But she’s hopeful her students will be able to pick back up where they left off. “My students have the tools, we have communication, and hopefully we’ll be able to accomplish something.”

When one of 18-year-old Mohammed Abd’s teachers recently raised the possibility of a return to virtual classes, the senior’s worried thoughts went right to math and science.

Last year, he struggled to learn college-level algebra from the pictures and notes his teacher posted online. His AP Biology class was limited to whatever labs could be completed with household items, like bleach.

This year, he was excited to be able to ask his calculus teacher questions in person, and to complete chemistry experiments alongside a lab partner. And he couldn’t imagine trying to ask his college access counselor over email all the questions she’d helped him with at school.

“AP Calculus would be 10 times worse, I’d imagine, online, and AP Chemistry, which is the hardest class I’ve ever taken,” said Abd, who attends Southwestern High School in Pulaski County, Kentucky. “I was just hoping I’d actually get something from my classes, and not struggle through it as bad as I did last year.”

For 17-year-old Dalynn Holtzclaw, who’s a senior at nearby Pulaski County High School, thinking about having to return to remote learning makes her “pretty nervous.” She remembers how isolating the experience felt, spending hours alone on her computer doing homework at her uncle’s house because her home doesn’t have Wi-Fi.

“When we were virtual, it was like I dreaded going to school a lot more,” she said. “I like to learn and I enjoy doing work, so to not have the joy that school usually brought me was a struggle.”

Now she’s crossing her fingers for a normal rest of her senior year — a real prom, an in-person graduation ceremony — and wants to earn an A in calculus after the frustration of learning math online as a junior brought her to tears.

“I’m kind of out of the swing of it, but I think I’ll be able to do good,” she said, “and I have the teachers who are going to help me.” 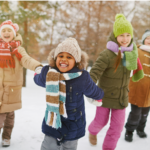 Movement jars, cleaning games, and more: Getting your kids the exercise they need when the cold keeps you in 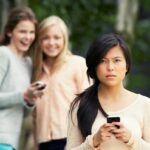 How to talk to kids about toxic friendships