New parents often fret over their newborn’s frequent hiccups. As parents of a new baby, it’s natural to get nervous about just about everything but, according to science, those adorable baby hiccups might be teaching our babies something.

A new study conducted by the University College London and published in Clinical Neurophysiology looked at the brain scans of preterm and full term babies ranging in gestational age from 30 to 42 weeks to study their reaction to hiccups. Researchers monitored brain activity by attaching electrodes to the babies’ heads and monitored hiccuping by using sensors on the babies’ torsos. When the diaphragm contracted for a hiccup the brain had a pronounced response, leading researchers to believe that the brain is learning through the movement of hiccuping.

The study’s lead author and a research associate at the University College London’s Department of Neuroscience, Physiology and Pharmacology, Kimberley Whitehead, shared, “The reasons for why we hiccup are not entirely clear, but there may be a developmental reason, given that fetuses and newborn babies hiccup so frequently.”

It turns out, hiccups may be the body’s way of learning how to regulate breathing in infancy.

As early as nine weeks into a pregnancy hiccups may be seen in the womb, and during the last ten weeks of pregnancy researchers were able to connect those hiccups with a pronounced brainwave response. Premature babies are known to hiccup more often than full term babies, spending one percent (15 minutes) of their day hiccupping.

The study’s senior author, Dr. Lorenzo Fabrizi offers, “The activity resulting from a hiccup may be helping the baby’s brain to learn how to monitor the breathing muscles so that eventually breathing can be voluntary controlled by moving the diaphragm up and down.”

While adult hiccups might be an annoying part of life, those baby hiccups are anything but. According to science, they’re one more way our babies are learning and another remarkable aspect of human development. 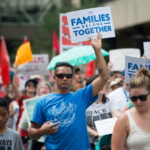 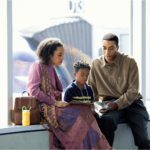