Script for talking to your kids about Japanese internment camps

Everyone learns about World War II in school, but do you and your kids know much about the internment camps that Japanese American families were forced into during the war?

It can be hard to have to think of America as anything but heroic during such a tumultuous, terrifying time in world history. But it’s still important to learn about this shameful part of our country’s history, for a few reasons:

Here’s a script to help you explain this shocking piece of history in a way that kids can understand.

“Have you learned about how Japan attacked Pearl Harbor in Hawaii during World War II and then the U.S. entered into war against Japan?

After that, many Americans started to become afraid of Japanese Americans closer to home. Rumors spread that people of Japanese ancestry could become spies or somehow help Japan’s war effort. But really, there was no evidence behind these rumors.

The government bought into the race-based fear at home as well, and in February of 1942, President Franklin D. Roosevelt signed an executive order that said the government could make special military areas and force residents to leave those areas for security purposes. This new rule was used to force Japanese Americans into prison camps or internment camps.”

Who was forced into camps?

“Around 120,000 Japanese Americans from the entire West Coast were told to register their families and report to authorities on a certain date so they could be relocated to the internment camps.”

“Everyone in those designated areas who had at least 1/16th Japanese descent, was forced to leave their homes, cars, jobs, businesses, and most of their belongings behind in order to relocate to the camps. In most cases, they wouldn’t be able to get those things back after the war.

Entire families were imprisoned, including elderly people and children. About a third of the people in the camps were school-aged kids.”

“Japanese Americans from the West Coast were sent to 10 different camps (called ‘relocation centers’) that were set up in California, Arizona, Wyoming, Colorado, Utah, and Arkansas. They were far away from home. Some were in dusty, hot, dry deserts with nothing for many miles around.”

“The camps were a lot like prisons because they were surrounded by barbed wire and military guards with guns, and people were not allowed to leave—for up to 3 years.

Families lived in barracks, which were single rooms (some were even horse or cow stalls) with very few comforts from home. Some of the camps did not have enough food, school supplies, or basic sanitary services.

As long as they followed the rules and didn’t criticize the U.S. government or show any loyalty to Japan, most people in the camps were allowed to live their lives peacefully. They were stuck there for so long that they set up schools, dining halls, sports and performing arts, gardens, and even newspapers within the camps.”

“Since Germany and Italy were the other major enemy forces during World War II, some people of German and Italian descent in the U.S. were affected by political fears and rumors as well.

About 11,500 German Americans and 3,000 Italian Americans, many of whom were also U.S. citizens, were sent to wartime internment camps. Some others were forced to move further away from the West Coast, or were arrested because they were suspected of not being loyal to America.

But since German and Italian Americans made up such a huge proportion of the American population and also had an easier time blending into mainstream white society, most of them were allowed to stay put.

Japanese Americans were the only group who were rounded up in such large numbers based only on their ethnicity.”

Did Japanese Americans get mad?

“Many Japanese Americans spoke out against the forced relocation or against conditions in the camps. But the government threatened protestors with violence, or sent them to higher security prisons. In some cases, prisoners were even killed for walking too close to the edge of the camp.

Most Japanese Americans in the camps felt like they had to show 100% loyalty to America in order to survive. Thousands of them chose to serve in the U.S. military to contribute to American war efforts, even as their families were being imprisoned at home by the U.S. military.

Japanese American families lived under a lot of stress because of this unfair system that saw them as suspicious no matter what they did. Even other Asian American families, such as Chinese and Korean Americans, had to worry about being mistaken for Japanese during the war.”

How did the camps end?

“The camps finally ended in 1945, after the Supreme Court decided it wasn’t fair to force loyal citizens to be relocated against their will. The last camp closed in 1946.

The prisoners were released and given a train ticket and $25. They could go back to the West Coast, but many did not have a home to go back to. They had lost their property, jobs, and money, not to mention their sense of belonging.

It wasn’t until more than 4 decades later, in 1988, that the U.S. government formally apologized to Japanese Americans for the internment, and sent money to the families who were directly affected.”

Do you think calling the relocation centers ‘camps’ gives the right idea of what they were?

How would you feel if your family was told that you had to leave your home in one week to go live with a group of other people who shared your ethnicity?

What would you do if your neighbors or classmates were told that they had to leave home and live in a government-run facility until further notice, but you were allowed to stay put?

Can you imagine having to live in barracks in a desert for three years and then suddenly being allowed to try to return to your old life? What would be some of the challenges?

Can you think of other times when certain groups of people have been treated as a threat to security just because of their ethnicity or how they looked? 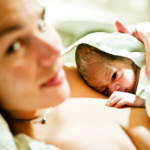 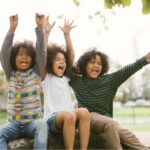