How to teach the real story of Thanksgiving in an age-appropriate way, using just one picture

As we approach Thanksgiving, kids at school may still be learning the “friendly Pilgrims and Native Americans” version of the history of the holiday. You know, where the two groups met over a feast, and everything was totally fine and equal… which isn’t exactly how it happened.

With the helpful script and fun activities below, you’ll be able to teach your child the real origins of the holiday, but in an age-appropriate way. We’ll supply you with a picture to study together, and give you specific prompts and questions to get your kiddo thinking and learning.

Below is a photo of pre-K kids participating in typical American Thanksgiving-related school activities. Some are dressed in feathered headbands made out of construction paper, while others have on white paper bonnets.

Discuss why this simplistic version of Thanksgiving history is not really accurate, and why it’s problematic to dress up like Pilgrims and generic Native Americans for the holiday. Here are some talking points:

“That story of the Pilgrims and Native Americans sitting down peacefully for the first Thanksgiving feast is probably a myth, and not necessarily what we should be celebrating every year.”

“When a big wave of English settlers came to live in New England, the Wampanoag were already living there. The Wampanoag ended up teaching the English a lot of skills for surviving in their new environment.”

“The two groups didn’t really trust each other overall, but they did come together at some point for a party during the harvest season.”

“But in the years that followed, the European settlers continued to steal enormous amounts of land from the Native people and committed mass violence against them. The Europeans quickly took control over the whole region.”

“That’s why, for many Wampanoag and other indigenous people to this day, Thanksgiving may not exactly bring up happy memories of ‘friendship’ between the two groups.”

“And dressing up in costumes, especially for people who may be descended from European colonizer groups, does not really honor the lost lives, land, and culture of the Wampanoag.”

Here’s an activity you can do with kids:

Instead of making a feather headband or headdress like in the photo, learn about the many different types of headwear used by Native cultures across North America, the vast differences between them, and what occasions they were meant for.

Reflection Qs to ask your child:

This article was originally published on November 24, 2020. 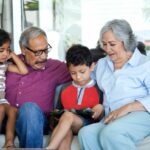 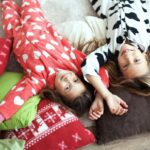