Teach Your Child The Facts Behind Columbus Day With One Picture

Most of us learn about Christopher Columbus in school, and some of us even enjoy a day off from work or school on Columbus Day, the second Monday each October. But is he really worthy of having a federal holiday named after him?

We developed a quick lesson to help you explain the real story behind Columbus Day to your kids, using a famous painting as a place to jumpstart the conversation. Find out exactly what to say with our simple script to make sure your kids are in the know about history and the movement to embrace Indigenous Peoples’ Day.

Let’s start with the painting

Below is a painting called First Landing of Christopher Columbus, by the American artist Frederick Kemmelmeyer, painted around 1800-05.

It shows Columbus landing on San Salvador (which the native Lucayan people at the time called Guanahani) in the Bahamas, on Oct. 12, 1492 — which has historically been known as the moment Columbus “discovered” the Americas. Several countries celebrate this date as Columbus Day.

Questions to ask your child

Use this script to explain the issue

Discuss the history of Columbus Day with your kiddo. Here are some ideas for what to say:

“In school they usually teach that Columbus discovered America—but in fact, other people were already living there!”

“‘Indigenous people’ are people who are native to an area—they and their families have always lived there. ‘Colonizers’ are people who come from a different country to settle, and often take over control of an area.”

“When that happens, indigenous people don’t have representation in their government anymore, and decisions aren’t always made in their best interests.”

“Colonizers often harm native populations with war, diseases that the indigenous people have no natural defense against, and cultural disruption. Columbus (and many explorers like him) even enslaved or killed many of the people he encountered.”

“Throughout history, different groups of Europeans have come to North America to take away control of land and resources from Native Americans and other indigenous populations.”

“That’s why many people are trying to convince lawmakers to change the name of Columbus Day to Indigenous Peoples’ Day. Rather than celebrate Columbus, they want to honor Native Americans and all indigenous peoples everywhere.”

Try these activities for a deeper understanding

Activity: Have your child look online (or help them search, if they’re young) for images of people celebrating Indigenous Peoples’ Day, or activists protesting in support of changing the holiday’s name.

Now that you’ve had a chance to discuss the history and different viewpoints with your kids, reflect together with these questions: 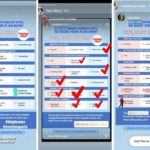 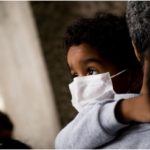