A Timeline of Women’s Progress Made For Kids

It’s easy to be complacent about basic rights such as voting, equal pay for men and women, education, even public speaking. But it wasn’t so long ago that women were fighting—sometimes with their lives—for these rights.

Women’s History Month is the perfect time to teach kids about the advancements women have made, and the hard work that it took to achieve them. Here are six milestones that significantly advanced women’s rights throughout history, making a real impact on all women even to this day. Most kids would be shocked to learn that women weren’t able to do some of the most basic things we take for granted, so let these talking points pave the way for meaningful conversations about the importance of equality for all.

Can you believe that married women couldn’t own land, or a house?

In 1769, colonists settling in (what would later be known as) the U.S. adopted English rules that said married women couldn’t own property or keep their own earnings. It wasn’t until the Married Women’s Property Act of 1848 in New York that women were legally allowed to own and control property in their own names. Before that, any property that came from a woman’s family when she got married could be used to settle her husband’s debts, and any land she might inherit from her family automatically went to her husband, too. By 1900, all states had updated their laws to let women own property.

What you can say to kids: “Can you imagine what it would feel like if, the moment you became friends with someone, all your toys suddenly belonged to them? That doesn’t seem very fair, does it?!? But that’s a bit what it was like for women getting married about 120 years ago—basically everything she had belonged to her husband as soon as they got married.”

Not too long ago, women weren’t just off the ballots, they weren’t allowed to vote at all!

With Kamala Harris, the first female Vice President, in the White House, it’s easy to forget that women weren’t just shut out of holding public office until fairly recently—they couldn’t even vote until 1920. That’s when the 19th amendment was ratified. Even then, loopholes in the laws allowed for disenfranchisement based on race, forcing Black women to fight for nearly 50 more years to gain their rights to vote through the Voting Rights Act of 1965.

Once women could vote, more laws passed that led to money being invested in schools, which increased enrollment and the quality of education. Increases in public health funding thanks to women voting led to a 15 percent decrease in child mortality!

What you can say to kids: “Voting is how adults in this country tell the people in charge what they want, but for most of this country’s history, women weren’t allowed to have their voice heard. Women’s votes have led to big improvements in things that were important to them, like schools and healthcare. If kids could vote, what kinds of things would you vote to improve?”

Can you believe that women couldn’t wear pants in public?

In the 1800s and early 1900s, many places had laws against people publically wearing clothes that didn’t “belong to his or her sex”—which meant women couldn’t wear pants. The earliest “pants” for women in the U.S. were bloomers, loose trousers that gathered at the ankle (worn under a knee-length skirt), which came out in 1851 and helped women finally safely and comfortably do things like ride a bike. But women who wore them were ridiculed, harassed, and arrested for being “indecent.”

Even once pants started to become more acceptable for certain casual or private settings, it was still considered “edgy.” While World Wars I and II both resulted in women’s pants briefly becoming more common—because more women were doing men’s jobs while they were off at war—women were still sometimes arrested for wearing them in formal settings, like in court, well into the 1930s.

Style trends remained fixated on skirts or dresses until the women’s rights movement in the 1960s and 70s, when pants were finally firmly established as appropriate for work, home, and public places. However, some holdouts still existed until even more recently—an unwritten rule forbade women from wearing pants on the Senate floor until 1993!

What you can say to kids: “Imagine not being able to choose your clothes every day! Even though pants were more comfortable and safer to wear for a lot of activities, women used to get made fun of and even arrested for wearing pants just because they were considered ‘boy clothes.’ Luckily, more and more women insisted on wearing pants until it was finally accepted.”

Did you know it was legal to pay women less for the same job?

The Equal Pay Act of 1963 forced employers to award the same wages to men and women working jobs of equal skill, effort, and responsibility, but even then, there were caveats. The law still allowed employers to pay workers different wages based on merit, seniority, and other factors. As a result, several other laws were enacted to further reduce employment discrimination, including the Educational Amendment of 1972, which expanded the reach of the Equal Pay Act to cover white-collar executive, professional, and administrative jobs. Depending on your age, that was probably only one or two generations ago! In 2009, President Barack Obama signed the Lilly Ledbetter Fair Pay Act, which reduced time restrictions on wage discrimination complaints, allowing women to further fight for equal pay.

Unfortunately, a huge pay gap still exists between men and women, especially women of color. That’s because women are more likely to be stuck in low-paying jobs (even though more women earn college degrees). Clearly we still have a lot of work to do to achieve gender equality in the workplace.

What you can say to kids: “How would it feel if you and a friend worked equally hard to do a chore, but your friend got paid twice as much for it? Not fair, right? Not long ago, employers were still allowed to pay men more than women for the same exact job, just because of their gender. There’s still a lot of work to do to make sure people have equal opportunities to get those jobs, but this is a good start!”

Imagine not being allowed to handle money!

In the 1960s women finally gained the right to open a bank account. But it wasn’t until 1974 that the Equal Credit Opportunity Act was passed, prohibiting credit discrimination based on gender. Before that, banks could refuse to issue credit cards to unmarried women. And if a woman was married, her husband had to cosign the agreement before she could shop! If she were single, divorced, or widowed, she would often still need to bring a man with her to cosign.

What you can say to kids: “Many adults use credit cards to pay for things so they don’t have to carry cash around all the time. Think about all the times we pay for something at a cash register or buy something online—just 47 years ago, women couldn’t do things like that on their own because they weren’t allowed to have credit cards! Can you think of any women you know who might have experienced this problem in their own lives?”

Can you believe women could be fired…for having a baby?

It took two Supreme Court cases, but in 1978 women were finally guaranteed that they would not get fired just for having a baby. The Pregnancy Discrimination Act of 1978 prohibited sexual discrimination based on pregnancy, and said women who are pregnant or have been affected by pregnancy or childbirth must be treated the same for all employment-related purposes. Before then, employers could fire women or refuse to promote them based on their family plans, replace them when they took time off to give birth, or even refuse to hire them in the first place just because they were of “childbearing age” and might become pregnant.

What you can say to kids: “What if your principal kicked you out of school because you refused to eat your broccoli at home? Seems pretty unrelated and unreasonable, doesn’t it? That’s probably what it felt like to women, who used to get fired from their jobs for having a baby, even when the choices they made about their home life didn’t affect their ability to do their work.”

It’s pretty astonishing to think about how different things were for women even just fifty years ago. Lots of the freedoms and rights women have today were totally unfathomable for folks living long ago.

Putting these historical victories into context and explaining them in relatable terms can help kids understand and retain more of what you’re trying to teach them. Getting children to start thinking now about how gender affects a person’s experience will help build their empathy for others, and their mindfulness of their own behavior.

This article was originally published on March 17, 2021. 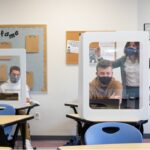 3 not-quite-true claims about the pandemic and schools 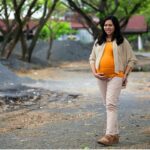