This week TIME Magazine named 16-year-old Greta Thunberg the Person of the Year for 2019. Thunberg, a young activist from Sweden, became a household name after she single-handedly led a global climate strike to bring attention to the desperate need to protect our planet.

Thunberg had been striking alone every Friday in her hometown to protest climate change, holding signs that said “School strike for the climate,” when her movement slowly began to snowball. After she addressed the 2018 United Nations Climate Change Conference, calling existing environmental issues “the biggest crisis humanity has ever faced,” student strikes began taking place every week somewhere in the world. On September 20, 2019 Thunberg led four million people on the largest climate demonstration in history. Children from 150 countries joined Thunberg and walked out of schools all over the world to bring attention to the lack of action being taken to protect our planet.

Since the global strike, Thunberg has been in the news almost daily, with her efforts to stop the damage being done to the environment keeping her in the spotlight.

Thunberg gives new hope for a future that looks better than the past. She has shown that the youth of today are a force to be reckoned with and plan to make this world a better place. She joins the ranks of other youth leaders, like the students of Parkland who are advocating for better gun control after the Parkland shootings, and Malala Yousafzai who has been advocating for female rights since she was a young girl, to demand change and a better future.

With youth leaders like Thunberg rising up to take the lead, adults have no choice but to pay attention. These youth are bringing fresh ideas and perspective to causes that many have become lax in supporting. They are demanding action and putting all of their energy toward making change for their generation and the generations to follow, and we all should take note.

The young people of today are a growing force and adults are learning to listen. As U.N. Secretary-General António Guterres told TIME in their article announcing Thunberg as Person of the Year, “Young people tend to have a fantastic impact in public opinion around the world. Governments follow.” 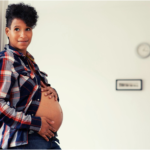 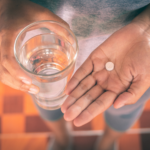