Although e-cigarettes have been billed as a “safer” alternative to traditional cigarettes, they’re still not safe—especially for kids and teens. The CDC warns that 99 percent of e-cigarettes contain nicotine, even if the labels do not mention nicotine—a substance which, in addition to being highly addictive, can harm adolescent and young adult brain development. Plus, some of the other chemicals found in e-cigarette aerosol can cause cancer and lung disease, not to mention other yet-to-be-discovered long-term health effects. Young children have also been poisoned by coming into contact with e-cigarette liquid in the household.

The reason for the illnesses remains unclear.

Over the past few months, both the CDC and FDA have issued public warnings against vaping certain products, as 34 deaths and 1,604 cases of lung illness associated with vaping have been reported across the country.

Although most of the cases have involved vaping THC, the active ingredient in marijuana, experts emphasize that THC isn’t necessarily the substance that’s harming people. It’s theorized that the connection might be related to the way these cartridges were prepared, the use of counterfeit or unregulated brands, or even caused by the device itself. Additionally, Juul’s former senior vice president of global finance filed a lawsuit against the company earlier this week. He claims Juul knowingly sold over one million contaminated pods.

People debate the effectiveness of bans.

So far, seven states have enacted e-cigarette bans. Some people are rallying behind the need for more local, state, or federal bans on e-cigarette products, particularly the fruit and candy flavored varieties due to their appeal to younger consumers. However, others believe that e-cigarette bans will simply lead to an increase in traditional cigarette smoking as well as more unregulated black market vape sales, both of which would lead to even worse public health outcomes.

Parents are the first line of defense.

Vaping has been on the rise among teens, so what can parents do? First of all, be sure to discuss the health risks with them, including all of the unknown factors. Dr. Mark Rubinstein, an adolescent medicine specialist at UCSF Benioff Children’s Hospital, disclosed to U.S. News & World Report, “I always believe in being honest with my patients, because I think scare tactics and misinformation can often have the opposite effect on teens. So I just told them, we just don’t know. These products have not been tested for safety.”

In addition, the American Heart Association recommends keeping the dialogue open over time, and practicing with your child what they can say or do if peers offer them e-cigarettes. Parents should also research vaping devices to have a better idea of what their kids or their kids’ peers could be using. Some vaping products look like USB flash drives, pens, markers, or perfume vials, while others look more like cigarettes.

On a more hopeful note, the CDC said recently that the epidemic of lung illnesses and deaths associated with vaping does appear to be leveling off or even slowing down. Also, effective public health campaigns targeted towards young people, such as The Real Cost and the Truth Initiative, have expanded their anti-tobacco messaging to include e-cigarettes.

Researchers and Teachers Team Up To Study 6 Key Learning Strategies 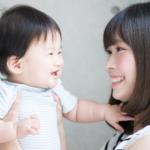