Desperate and with nowhere to stay, a group of single mothers moved into an abandoned home in Oakland, California, and ended up launching a housing revolution.

In November 2019, Misty Cross and Dominique Walker entered a vacant home with their children and converted it into a livable space for their family. They installed bunk beds and a water heater. They got to know their neighbors and posted videos of themselves pressure washing the house on social media. Soon the little house on Magnolia Street became the place where Walker’s son took his first steps.

Knowing they had no legal claim to the home, the moms decided to turn their experience into a movement for more affordable housing in Oakland. With support from other moms in the area, the two women launched Moms4Housing, “a collective of homeless and marginally housed mothers,” who felt alone in their housing struggle until they found each other.

“Housing is a human right,” the group’s website says. “The Moms for Housing are uniting mothers, neighbors, and friends to reclaim housing for the Oakland community from the big banks and real estate speculators.”

The housing crisis in Oakland is one of the country’s worst. In 2019, the number of unhoused people in Oakland surpassed four thousand, a 47 percent increase from 2017. However, the city has four times as many empty homes as there are unhoused people, indicating the problem goes deeper than just a shortage of available dwellings.

Additional statistics show that Black single mothers disproportionately experience housing instability compared with other groups. Many of the women of Moms4Housing have spent time with their children in shelters. Most of them grew up in Oakland and saw firsthand how gentrification and a tumultuous economy transformed the housing landscape in their community to one they could no longer afford.

Seeing so many homes sitting vacant while developers decided whether to flip them for a profit or wait for the housing market to turn became unbearable to Cross and Walker as they struggled to take care of their kids—so they moved into one of them.

The owner of the property they chose, Wedgewood Properties, a company known for buying distressed or foreclosed properties, sent them an eviction notice within weeks and a judge ordered them to leave. By the time officers arrived to carry out the eviction in January, Moms4Housing had alerted their supporters, and the tiny front yard quickly filled with people. Four women were arrested that day, including Cross.

A GoFundMe account soon flooded with donations to pay their bail. News teams covered the events and California Governor Gavin Newsom was spurred to release 100 travel trailers to provide immediate relief for the city’s unhoused population. The movement had begun.

As the case made its way through the court of public opinion, Wedgewood claimed they had not left it empty for long, insisting they only received legal claim to the home the same week the moms moved in. The moms said it had been sitting empty for a year and a half.

Soon Wedgewood agreed to sell the group the home for a price not to exceed its appraised value. A week later, Oakland Councilwoman Nikki Bas introduced the “Moms 4 Housing Tenant Opportunity to Purchase Act.” Similar to legislation in Washington, D.C., the bill gives residents the first offer to purchase properties from their landlords before they go on the market.

Moms4Housing thinks this is a good first step, but they want more significant legislation that protects housing as a human right—and perhaps a bill that prevents evictions during the winter months when unhoused people are more vulnerable.

Whatever happens, Moms4Housing has spurred much-needed conversations about an issue that deeply affects many American families. To learn more about Moms4Housing, follow them on Facebook. 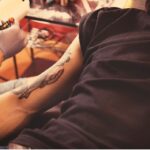 How to respond when your teen asks for a tattoo 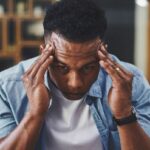