When kids show signs of autism, pediatricians and parents can do better

It’s easy to assume you can trust your pediatrician when it comes to screenings for disorders such as autism, but a study from the American Academy of Pediatrics (AAP) has revealed that some doctors aren’t following through when young patients actually show signs of autism.

The study examined the medical records of children who were screened for autism both at 18 months and 24 months of age, as recommended by the AAP. Each of the screenings was conducted using the Modified Checklist for Autism in Toddlers, or M-CHAT, which is a commonly used screening tool for detecting autism in children. It bears mention that some recent research suggests the M-CHAT may be less accurate than previously believed, however it remains the most widely used tool available.

Researchers tracked kids for two to four years following their screenings to see what, if any, referrals were made and how the children were doing. The results showed that in cases where kids were flagged by the screening test, less than a third of doctors actually made a referral to an autism specialist.

Ultimately, less than 20 percent of children who were found to be at risk for autism by the M-CHAT screening were actually diagnosed with autism, and almost 60 percent were diagnosed with another neurodevelopmental disorder. (Though autism can be reliably identified at age 2, fewer than half of children with the developmental disorder are diagnosed by age 4, according to the Centers for Disease Control and Prevention.)

How parents can do their part

Surprisingly only about half of families who actually received a referral followed through, showing that it’s not just pediatricians who may be falling short, but parents, too. Following through is important because all of the medical research shows that the earlier intervention begins, the better children on the autism spectrum fare over the long run. In short, the younger the children are when interventions begin, the more successful the outcomes are for those children.

The researchers suggest that more education for pediatricians is warranted, especially in regard to the referral process after a child’s M-CHAT screening indicates a potential autism diagnosis. However, parents also need to be reminded about the importance of following through on those referrals. Keeping an eye on certain major developmental milestones can also help parents communicate concerns about autism better to their pediatricians before the screening process even starts. When doctors and parents work together, children fare better. 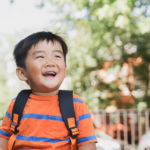 How can parents help prevent violent antisocial behavior in kids? Advice from psychologists 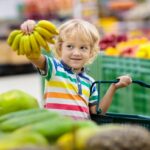