How can parents help prevent violent antisocial behavior in kids? Advice from psychologists

In the wake of recent mass shootings, parents can’t help but be disturbed by the young age of many of the shooters. Experts are retroactively analyzing the psycho-social “profiles” of these young perpetrators, and people who work with or care for children are wondering what they can do to intervene and prevent these types of tragic outcomes.

As parents and schools try to identify behaviors that suggest a child may be prone to future hostility or violence, two important studies point out early indicators that may be a signal—and what we can do to help prevent this trajectory.

It turns out that dangerously antisocial behaviors in kids are often preceded by a set of traits called callous-unemotional (CU) traits. These CU traits include lack of sensitivity to others’ emotions, lack of empathy, and lack of guilt. A set of two research studies by psychologists Rebecca Waller, Ph.D., of the University of Pennsylvania in Philadelphia, and Nicholas Wagner, Ph.D., of Boston University, set out to explore why some children develop CU traits, leading to antisocial behavior, and offer suggestions to try with young kids to achieve more positive outcomes later in childhood.

The first study, published in Psychological Medicine, showed that three-year-olds who were less fearful and didn’t care as much about having positive social bonding with others were more likely to develop CU traits by the time they were five years old. And harsh parenting strategies, such as yelling and spanking, were associated with less fearfulness and increased risk of CU traits.

Dr. Wagner elaborates, “If kids are fearless, including toward the potential for punishment, the likelihood that harsh parenting will exacerbate risk increases. … What kids bring to the table mixes with what they’re experiencing in the environment.” So, he suggests aiming for warm parenting: “Changing kids’ experiences, that’s where we can intervene.”

According to psychiatrist David Rettew, M.D., warm parenting is more than just avoiding abuse and hostility—it means using humor, empathy, enthusiasm, and support as parenting tools whenever possible. Of course, Dr. Rettew acknowledges, “Under stress, warmth can be quite difficult to summon,” so he suggests that parents prioritize self-care, mindfulness, improving adult relationships, and getting help for their own emotional difficulties when needed.

The second study, published in the Journal of Child Psychology and Psychiatry, observed two- and three-year-olds to see how much they exhibited “arbitrary imitation,” which means copying someone else’s actions just to make a social connection, not to achieve another goal. For example, in one of the experiments the children had to get a stuffed bird out of a cage. An adult showed them how to do it, and also did things that were unnecessary for the task, like saying, “Look, it’s a birdy!” When kids copied those unnecessary parts of the task, it was considered arbitrary imitation.

What the researchers found was that the two-year-olds who exhibited less arbitrary imitation were more likely to develop CU traits later. Dr. Waller explains, “It’s not that they’re not capable of seeing and watching someone doing something. They simply don’t do the social-bonding thing, the funny, quirky behavior after that would create a nice social moment.”

So—besides striving for a warm parenting style—what can parents do to help prevent CU traits from developing? To promote this arbitrary imitation skill for social bonding early in childhood, you can try making a funny noise, movement, or phrase, encouraging your child to copy you, and then laughing about it together. In doing so, you’ll help demonstrate how this kind of unnecessary imitation can help strengthen your connection. As Dr. Waller explains, “You more explicitly scaffold the situation than if it were to happen naturally, but the children still get the positive reinforcement and it can become a bonding moment.” 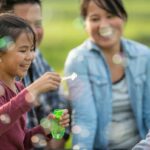 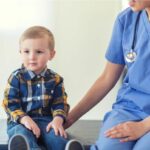 When kids show signs of autism, pediatricians and parents can do better