With each new wave of popular technology, kids are inevitably ahead of the curve as far as learning and adapting to new types of devices, programs, and ways of interacting with tech. As more and more families have voice-controlled smart assistant devices at home, such as Alexa or Google Home, parents may naturally be concerned that their kids could get too comfortable with giving orders to their devices—or start demanding the same type of response they get from their devices from the real people in their lives.

Good news for parents and other caregivers

According to a recent study led by University of Washington (UW) professor Alexis Hiniker, kids actually use different social behaviors when interacting with voice-controlled devices than when they’re interacting with real people. As Hiniker told GeekWire, “Kids can certainly pick up habits from assistants like Alexa, but there are many factors that determine how they treat other people. These findings suggest it’s too simple to assume that everything they learn from a device will show up in their interactions with the people around them.”

In the study, children from 22 families from the Seattle area were taught to say the word “Bungo” to get the voice to speed up when interacting with a voice-controlled smart assistant on a tablet. Next, they were asked to interact with a different virtual assistant; the “Bungo” command worked in the same way, but the participants weren’t told that. Nevertheless, 77 percent of the kids figured out the connection and used “Bungo” with the second device as well.

Finally, the kids were asked to interact with real people, both a parent or caregiver and then a stranger.

Differences between interaction with devices, parents, and strangers

“The kids showed really sophisticated social awareness in their transfer behaviors,” Hiniker said in a UW press release. “They saw the conversation with [the second virtual assistant] as a place where it was appropriate to use the word ‘Bungo.’ With parents, they saw it as a chance to bond and play. And then with the researcher, who was a stranger, they instead took the socially safe route of using the more traditional conversational norm of not interrupting someone who’s talking to you.”

This indicates that the kids in the study were more reserved with strangers, and understood some level of nuance between their interactions with devices versus with other people. This news certainly comes as a relief to parents who have a smart assistant around the house. 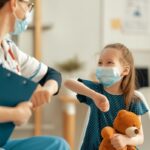 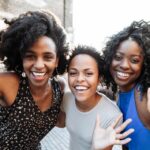 Script for talking to teens about reproductive freedom