Ahead of the expected authorization of the COVID vaccine for children ages 5 to 11, the Biden administration says the shots will be distributed to school-based clinics as well as pediatricians’ offices, pharmacies, and other sites.

“Our planning efforts mean that we will be ready to begin getting shots in arms in the days following a final CDC recommendation,” the White House said in a statement.

The Biden administration’s plan signals schools will continue to play a role in completing a massive challenge of both logistics and persuasion: vaccinating the 28 million children ages 5-11 across the country. A new federal campaign “to increase vaccine confidence” will involve schools, as well as local health departments and faith leaders.

School-based clinics have already vaccinated many students 12 and up. In New York City, the country’s largest school system, officials said vaccinations were offered at every campus with eligible students during the first week of school. In Newark, pop-up clinics in schools helped quickly increase its youth vaccination rate this summer. In Colorado, officials found school clinics had the welcome side effect of sometimes drawing in students’ relatives, too.

“The kids make the decision that this is the right thing for them to do, and then they bring the family along,” Dr. Sonja O’Leary, a pediatrician and medical director of Denver Health’s school-based health centers, said in May.

Polling shows vaccine skepticism is strongest among Republican parents, but that there is some hesitancy among parents of all political leanings.

Most parents also oppose school vaccine requirements, but many believe that schools should encourage vaccination.

The Biden administration’s plan does not mention making vaccines mandatory for school attendance. California recently announced that it would eventually require the vaccine for students who attend school in person.

Last month, U.S. Education Secretary Miguel Cardona said he supported vaccine requirements for teenagers, for whom the Food and Drug Administration has fully approved the vaccine. “It’s the best tool that we have to safely reopen schools and keep them open,” he said. “We don’t want to have the yo-yo effect that many districts had last year, and we can prevent that by getting vaccinated.” 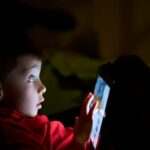 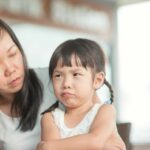