A Fun Script For Explaining Kwanzaa To Kids

Most Americans have heard of Kwanzaa, but might not be all that familiar with the traditions and history of the holiday. Whether you’ve celebrated Kwanzaa before, or simply want to learn more about holidays you haven’t celebrated, there are some great lessons for kids that are central to this African-themed celebration of unity.

Here are some talking points to help you discuss the significance of Kwanzaa, along with this brief one-minute video explainer from PBS Kids.

Kwanzaa is a fairly new holiday, and it’s not based on any religion.

A professor and activist named Maulana Karenga established the holiday in 1966 as a way for African Americans to find community around their African heritage. By adding a Black-centered tradition to the year-end holiday season, Karenga’s goal was to “give Blacks an opportunity to celebrate themselves and their history, rather than simply imitate the practice of the dominant society.” People of all religions can and do celebrate Kwanzaa.

Kwanzaa begins on December 26 and runs until January 1, and each of the seven days represents a different principle.

The principles, or ideas, are:

On each night of Kwanzaa, the family comes together to light a candle and discuss the principle of that day. This lesson sheet from Scholastic includes language for explaining the principles to kids, plus important figures from history to help illustrate each concept.

The seven principles are good jumping-off points for family activities as well. For example, “unity” could be a chance to learn about a current movement for social change and ways to support it as a family. “Cooperative economics” is an opportunity to discover new Black-owned businesses in your community and spread the word about them. And “creativity” can turn into any number of projects, from decorating for a Kwanzaa feast to crafting homemade gifts to learning more about various forms of African music, dance, art, and textiles.

Here’s a song that helps explain the seven principles in a fun way for kids.

The kinara (candle holder) holds seven candles in red, black, and green, the colors of the Pan-African flag.

You might notice that it resembles the menorah used during Hanukkah. And, in fact, for the first Kwanzaa festivities in 1966, the kinara was an altered version of a nine-candle menorah! Although Kwanzaa was modeled on African cultural traditions, not on any Jewish holiday, Hanukkah and Kwanzaa do share a special connection since they are both less predominant than Christmas.

“Kwanzaa” is the Swahili word for “first,” meaning the first fruits of the harvest.

So the holiday includes harvest symbols such as fruits and maize (corn) that are placed near the kinara (which is Swahili for “candle holder”). This 2016 Kwanzaa Forever Stamp created by artist Synthia Saint James beautifully illustrates the “first fruits” concept.

Swahili is a common language that is spoken by more than 100 million people in many parts of Africa and the African diaspora, so it represents pan-African culture, or culture that comes from various areas of the vast and diverse continent of Africa.

On the last two days of Kwanzaa, families celebrate with a big feast and gifts for the kids.

The presents can include homemade gifts, books about African American heritage, and other items that aim to help kids connect with African or Black culture and the seven principles of Kwanzaa.

Family and children are very important to Kwanzaa.

While secular American Christmas has become primarily about kids receiving and opening the gifts that they’ve been pining over, Kwanzaa puts much less emphasis on the gifts. For kids, Kwanzaa means learning about and practicing the seven principles, bonding between parents and children, reflecting on ways to support their community, and participating in every way they can from lighting the candles to performing African music and dance.

Many African Americans do not celebrate Kwanzaa.

Kwanzaa obviously does not have the same mainstream popularity of Christmas, even among the African American community. During the 1980s and 1990s, Kwanzaa was considered a major holiday in the American media, but has lost some of that status as fewer families continued celebrating it as their main winter holiday.

However, millions of people still celebrate Kwanzaa in the U.S. and in the African diaspora around the world. Many families today include Kwanzaa celebrations alongside Christmas, Hanukkah, or New Year’s—and there has been significant interest in the holiday for those seeking Black community on college campuses and amidst recent waves of Black-led activism.

Get in the spirit.

Celebrate the spirit of Kwanzaa with your kids by working on a Kwanzaa craft.

Woven placemat: People in western Africa wear clothes from a cloth made of thin strips of fabric woven together. Practice the pattern by weaving together strips of paper in the colors of Kwanzaa—red, green and black—in a rectangle to use as a placemat for your next feast.

Unity Cup: Each day during Kwanzaa, everyone sips water, wine, or juice from the kikombe cha umoja, or unity cup. It symbolizes the unity of the family and community. Craft one by gluing a paper drinking cup on top of a cardboard tube (like one from a toilet paper roll). On the other end of the tube, glue a circle of cardboard slightly wider than the tube, to act as the base of the cup. Paint and decorate as desired!

This article was originally published on December 26, 2020. 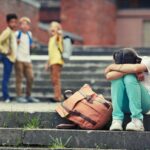 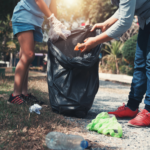