A new study shows that humans have way more Bisphenol A (BPA) in their bodies than previously thought. BPA is a chemical found in many everyday items including food containers, cups, and store receipts. Exposure to BPA is associated with a whole host of health problems including infertility, birth defects, delayed or disrupted puberty, breast cancer, prostate cancer, diabetes, heart disease, and more.

The Washington State University study used a new testing method for measuring BPA levels in human urine, and found that the average concentration of BPA was 44 times greater than the number found in previous studies. The researchers compared the old and new testing methods in 29 pregnant women and 10 other adults during the course of the study. The novel testing method is able to detect BPA that is hiding in chemically altered forms, and as a result uncovers much more BPA.

Although the sample size for the new testing method was small, other experts in the field think the research is an important step. Lori Hoepner of SUNY Downstate School of Public Health told TIME, “It makes sense and it appears to be a repeatable method that could be tried with other sample populations. It could really blow a lot of things we know about BPA out of the water.”

The research has big implications, because the previously accepted method for measuring BPA levels in humans had showed that the presence of the chemical in adults was negligible and didn’t need to be regulated in consumer products. Since BPA exposure has been found to be more harmful to children, the FDA hasn’t allowed the chemical to be used in baby bottles and sippy cups in the U.S. since 2012.

But if testing of the chemical in adults has been grossly underestimated, federal regulations may need to be updated too. As the researchers wrote in their paper, “Because negligible exposure levels have been a cornerstone of regulatory decisions, the present data raise urgent concerns that risks to human health have also been dramatically underestimated.”

What parents should do

Until then, what can consumers do to limit our exposure to BPA, not to mention other toxins commonly found in plastic? It’s a good idea to get rid of any old, scratched plastic food containers, cups, and bottles, especially baby bottles and sippy cups made before 2012.

Avoid putting plastic in the microwave or dishwasher, and switch to using glass and stainless steel whenever possible.

Besides food containers, some of the worst offenders are receipts, so avoid handling them more than you have to, definitely don’t give them to children, and ask your favorite stores to find safer alternatives or to go paperless. 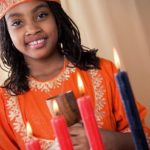 A Fun Script For Explaining Kwanzaa To Kids 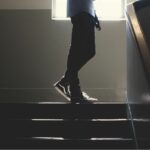