Many of us (even including those in the LGBTQ+ community) may hold stereotypes or prejudices about certain LGBTQ+ identities without even realizing it. Human brains are naturally wired to categorize people they encounter—it’s an early survival mechanism. So even if you don’t think you are homophobic or transphobic in any way, there are likely to be some unconscious biases under the surface—just as a product of living in a society where being heterosexual and cisgender is portrayed as the norm.

As a parent, it’s important to uncover these hidden biases because you might be passing them along to your kids without realizing it. Kids can learn prejudices at a very early age, through patterns they observe in the actions and words of people around them as well as the media’s portrayal of different groups. But once prejudices are learned, they’re difficult to kick because our own brains tend to reinforce the categories we have formed.

Whether your kid or their friends identify as LGBTQ+, or you simply want them to be an empathetic person who can work well within a diverse community, it’s always a good time to examine your family values and beliefs.

Here are a few examples of prejudices that many people hold about various LGBTQ+ groups without realizing it—with explainers showing why these are untrue.

Thinking that trans men and trans women are not “real” or “natural” men or women: The problem with this line of thought is that it sees cisgender people as “normal” and transgender people as the “other.” The truth is that everyone makes choices about their own gender and body; it’s just that some people’s match up to society’s expectations from birth, while others’ don’t. Plus, a whole lot of people who are not trans also take hormones (for contraception, menopause, osteoporosis, etc.) and/or choose to alter their appearances in many ways (makeup, hair removal or regrowth, breast augmentation or reduction, etc.).

The idea that the “normal” or “typical” family includes a mom and a dad: There are so many different family structures, but the most common especially in media portrayals are families with a heterosexual mom and dad. In reality, traditional nuclear families only represent half of all families. Even if you’re supportive of the idea of gay parents and other family configurations, you might not realize how ingrained this “default” is in your brain.

The assumption that gay or bisexual people are promiscuous or have many sexual partners: Some queer people may choose to have many sexual partners, some may be monogamous, and some may be on the asexual spectrum or simply not have an active sex life—so, the array is pretty much the same as with heterosexual people. Bisexual people often get slapped with the promiscuous label because the assumption is that they are attracted to everyone. But the reality is, bisexual people can be just as picky as anyone else. Many straight people—very often straight men in popular culture—also brag about their own promiscuity, but this is not stereotyped as a “straight” characteristic.

The stereotype that gay men are “feminine” or that lesbians are “masculine”: Certainly there are parts of gay male culture that embrace traditionally feminine qualities and pastimes, and parts of lesbian culture that embrace traditionally male qualities and pastimes—but when used as a generalization, this is a stereotype because it doesn’t apply to all gay men just because they are gay or all lesbian women just because they are lesbians. Besides, there are many heterosexual people who gravitate toward unconventional gender roles and expression as well.

Thinking that everyone fits in only one category—gay, straight, transgender, asexual, etc.: Many people assume that once you’ve “come out” as one letter of LGBTQ+ or once you’ve established that you’re straight, you’re pretty much set. But it is common for someone to identify as more than one category (for example, transgender and lesbian, or gay and asexual). It is also common for labels to shift throughout a person’s life—for example, someone might identify as a cisgender lesbian, then as transgender and straight, then later as nonbinary and queer. This might mean they’ve been in the process of figuring themselves out, and/or it could mean that their preferences and sense of self has actually changed over time—both are legitimate explanations. Gender and sexuality can be fluid, and also exist on a spectrum.

In general, the problem with all of these misconceptions is that they generalize large categories of people. Even if they’re not mean-spirited, biases can hurt people because they ignore the fact that everyone is an individual with their own story.

If you don’t believe you hold any biases towards certain groups, challenge yourself by taking a hidden bias test run by Harvard researchers at Project Implicit. These tests are designed to uncover unconscious biases on a variety of social topics, including sexuality and transgender identity.

How to change your biases

To work on your own biases, use these two mental approaches suggested by the National LGBT Health Education Center: individuating and perspective-taking.

How to avoid passing bias on to your kids

As you work on your own perspectives and how they inform your behavior around others, you’ll be modeling those behaviors for your kids. Don’t worry about being perfect from the start (or ever, for that matter)—kids can learn from your journey as well.

Another crucial step is to make sure your daily activities include diversity in terms of LGBTQ+ identities. Be sure that the groups you and your kids are a part of are welcoming to different family structures and gender expressions. And introduce your kids to LGBTQ+ role models when selecting books and movies, exploring different careers, or learning about history.

Also pay attention to your language to avoid unintentionally passing along biased phrases, and to help you actively welcome diversity. Here are some examples of ways to make your language more inclusive in everyday situations.

One of the most important things you can do overall to counteract biases in kids is to provide a loving environment for them. Psychologist Gordon Allport wrote in his book The Nature of Prejudice that kids are more likely to grow up tolerant if they are raised in a supportive home where “They feel welcome, accepted, loved, no matter what they do.”

Finally, commit to learning more so that you’ll be prepared to answer without bias when kids ask questions. The Trevor Project’s Trevor Support Center is a good source of basic LGBTQ+ questions, terms, and debunking of common myths and biases, and the GLAAD Media Reference Guide is another. 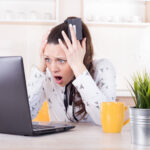