Gaming platform Roblox has boomed in popularity during the pandemic. 75% of 9-12 year olds in the US are now on the app, according to the company. But there is a problem that can be very expensive for parents.

Despite being aimed at young children and being advertised as free to join and download, the gaming platform allows excessive spending on in-app purchases, such as clothing and accessories for avatars, with each individual purchase costing up to hundreds, sometimes even thousands of dollars.

Parents are now reporting cases of children being lured into casino-level spending sprees without parents’ knowledge, in some cases racking up bills of thousands of dollars in just days.

Desire for these “rare” items often pushes children into outrageous spending, with some kids reporting being pressured to buy gifts for others on the platform. Scammers take advantage of the platform to target children, tricking them into handing over expensive items.

ParentsTogether urges all parents of children on Roblox to immediately check settings on both the app and third-party services such as iTunes to ensure that in-app purchases are restricted or switched off, and a password required for all purchases. ParentsTogether calls on Roblox to 1) stop baiting children into outrageous spending and 2) put in place robust systems that truly protect kids and parents from financial exploitation.

Below are stories of impacted parents and an outline of some of the factors that make Roblox a financial and emotional minefield for kids:

Factors that make Roblox a minefield for children

While Roblox is free to download, many parents don’t realize that once in the game, players can buy in-app currency that can be used to purchase a vast range of items for their avatar from third-party apps. These vary widely in cost — from a sword for $1 to a hat accessory costing $600. For small children, who don’t yet understand the value of money, navigating this in-app economy can be challenging. The fact that Roblox uses a different currency to the real world — “Robux” — adds an extra layer of confusion for children.

Financial scamming is a big issue on Roblox, with people regularly tricking children into handing over valuable items for nothing in return in popular games like Adopt Me. Scammers use tactics like asking to borrow items and not giving them back, pressuring children to hand over their item first in a trade and then disappearing, and even pretending to be famous YouTubers to win trust.

As well as the sheer cost, high levels of in-app spending places a mental strain on children. The existence of ‘rare’ items creates inequality and jealousy that can incentivize inordinate spending. Children report feeling pressured to keep up with peers’ avatars and to buy gifts for others.

Parents point to the addictive nature of in-app spending on gaming platforms and how rapidly spending can get out of control. It is not just parents who have noticed this — authorities in countries including the UK have been consulting on whether certain in-game purchases like “loot boxes” count as gambling under existing laws.

Although Roblox says that parents can switch off or restrict their children’s spending via app settings, even tech-savvy parents have found themselves in trouble. Parents often think that they haven’t linked a credit card to their child’s Roblox account, but since purchases are often made via third-party operators, payments can be made via a variety of platforms where parents do have payment details set up, such as PayPal, Google Play, iTunes, Xbox, Microsoft, Windows, Amazon, etc.

While parents of children who made unauthorized purchases can often get refunds — as happened in the above examples — to do so they often need to navigate the varying refund policies of the third-party providers. Some have reported being refused refunds by Apple, for example, or being pinged between Roblox, Paypal and their bank. 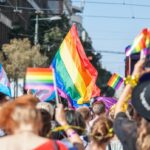 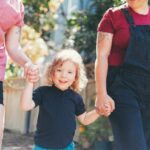