This story was produced as part of the Medill Media Teens journalism program for Chicago Public School students at Northwestern University. The writer worked under the mentorship of Medill graduate Anandita Bhalerao.

With working 25 hours a week at her minimum wage job at an ice cream shop, juggling a stressful workload with AP and honors classes, and dealing with anxiety, sometimes Jones College Prep sophomore Meghan Cuddy just needs a break.

“I feel depressed and miserable a lot of the time in my life,” said Cuddy. “ When I don’t go to school or specific classes, I’m definitely more upbeat than I would typically be. A lot of my misery is derived from specific classes like my math class.”

Like other students in Illinois, Cuddy is now able to take up to five excused mental health days, after a new law went into effect at the beginning of the calendar year. The law came at a critical time as youth are experiencing the mental effects of the pandemic and rising violence in Chicago.

But there are indications that communication about the law has been inconsistent across schools.

“I’ve seen people talk about it. It seems like there’s still some confusion about how it works,” said Naima Roberts, a senior board member of Whitney Young High School’s mental health club. “I think maybe one of my friends brought it up over the summer that this law was coming. And then I looked it up on my own and did some Googling and tried to figure out what it was.”

It is unknown how many students in Chicago Public Schools, the nation’s third largest district, have taken mental health days. The district doesn’t track them. While students have expressed appreciation for the law, there is some skepticism about the scope of its impact.

“I don’t know how it’s going to play out. I’ll give you that. I don’t know what’s going to be different because of it,” said Emil G. Hirsch Metropolitan High School counselor Jennelle Robin.

School counselors have seen firsthand the toll the pandemic has taken on their students. In Chicago, 44% of young children experienced an increase in mental or behavioral health symptoms during the pandemic, according to a report by the Lurie Children’s Hospital.

“I mean we’ve had kids whose parents die, relatives die. And our country does need to increase awareness. Our youth in the city have a lot of trauma,” Robin said.

Those in the mental health field aren’t shocked by the data.

“It’s not a surprise to any of us to know that the combination of stress, uncertainty, loss, grief, and change of the last few years combined with the existing stressors of being a teen or a young adult, has contributed to a really significantly rising mental health need,” said Rachel Bhagwat, director of policy at National Alliance on Mental Illness Chicago.

CPS has extended support to students by expanding “care teams” at schools to aid struggling students. And with the increase in gun violence in the city, the district has grown its anti-violence program, which connects students in need to therapy and mentors.

The law recognizes mental or behavioral problems as a “student illness” and a “valid cause for absence,” according to an email statement by Chicago Public Schools. If a student takes a second mental health day, their school may decide to refer the student to “appropriate support personnel,” such as a counselor or psychologist.

“Anybody can take the days when they call in their absences. They just say they are taking a mental health day and that’s it. No questions asked,” said James Nicklas, a counselor at Taft High School.

Illinois is among several states that have recently passed legislation supporting the mental health of students, according to The New York Times. In the past two years, Colorado, Connecticut, Arizona, Illinois, Maine, Nevada, Oregon, Virginia, and Washington have enacted measures that provide students with excused mental health days. Illinois has also passed a bill allowing teachers to take sick days for mental health-related reasons.

But while these mental health days will ensure that students get more time off to care for themselves after a rough couple of years, they still count as absences at a time when chronic absenteeism is on the rise.

Though some students might know about the law, there has been limited conversation from teachers or administration in some schools.

“Teachers haven’t necessarily announced it, but I think most students know about it,” said Ella Schafer, a junior at Walter Payton College Preparatory High School and president of the Journaling for Mental Health Club.

Bhagwat, of National Alliance on Mental Illness Chicago, said the law’s implementation can vary depending on the school.

“You can create a law, but how schools choose to implement them or at the level of seriousness they want to take that is up to them,” Bhagwat said. “I know that something can be legal but whether it is accepted or whether it’s taboo in work environments can make a difference.”

While the law allows students to make up any schoolwork they missed, many are still afraid of taking a mental health day for fear of falling behind.

“I would hope that schools would celebrate their students for taking care of their well-being and not create any unnecessary barriers or stress around doing that but I also understand that it is a complicated issue in many schools,” Bhagwat said.

Some students have expressed appreciation for the law’s role in helping to battle the notion that mental health is a taboo topic.

In some schools, the law has started conversations about mental wellness and self-care. Students now have another resource to utilize to prioritize their mental health when needed.

“I know that I’ve really appreciated hearing students say like ‘oh, I’m looking forward to taking a mental health day on this day’ and cultural shifts that I feel like are happening that maybe I didn’t notice before,” said Naima Roberts. “I’m noticing now that students have the language to describe them taking care of their mental health, which I think is cool. And I really look forward to more school policies catching up with these shifts.”

Some students feel that the law has helped parents understand mental health days and students’ need for them.

“Once CPS said it was okay to take mental health days, my parents became okay with that,” said Meghan Cuddy, the Jones College Prep sophomore. “Whereas before they would not have been at all okay with me taking a day off just to take a day off, but now they give me my allotted five.”

Parental permission is not the only reason students are not taking mental health days; stress has increased in students as 81% of teens have experienced greater stress in schooling due to the pandemic, according to the American Psychological Association. While students take mental health days for a variety of personal reasons, some use them as a day to get caught up on schoolwork when they’re feeling worn out.

“I feel like one of the goals is to push forward this idea that sometimes you need a break whether it’s because of chronic mental health issues or its because just at this moment, I’m feeling overwhelmed,” said Ellie Cesaro.

In addition, some — like Taft counselor James Nicklas — find the law’s scope to be limited. 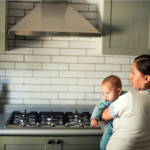 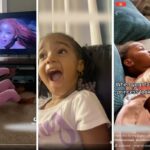