Parents have been posting their kids’ heartwarming reactions to the newly released trailer for the live action remake of Disney’s The Little Mermaid on social media, and the positive responses have been flooding in.

The film stars Halle Bailey, a Black woman, as the main character Ariel—and the parents of young Black and brown kids have taken to social media to share the joyful reactions of their children when they first notice that Ariel is a woman of color.

One three-year-old’s adorable reaction was shared via the account @preciousavery on TikTok: “I think she’s brown! Brown Ariel! Brown Ariel is cute.” Another particularly moving reaction video posted originally by @nickyknackpaddywack on TikTok shows a child struck speechless with excitement by the trailer, eventually managing to get out the words, “She’s brown like me, mom!”

A recent viral Twitter thread by the account @normanination4 compiled many of these reactions and shared a message about the power of representation of diverse characters in media. In the thread, she Tweets at the film’s star, “@HalleBailey, you’re about to impact so many little black kids’ lives with this movie. I hope you know how inspiring and amazing you are. Bless you!”

Why is representation in children’s media important?

Kids develop their understanding of the world in part through the media they consume, such as books, TV shows, and movies. The representations they see in the media of people like themselves as well as people who are different from themselves have a lasting impact on the ways they understand and treat people based on their race, ethnicity, or other identities.

Babies as young as three months old can recognize racial differences. By the age of three, kids are already developing racial biases that are partially influenced by the media they interact with. A report by Common Sense Media concluded that people of color are underrepresented in movie and TV roles, and when they are depicted, they’re often stereotyped. The report found that characters of color in most children’s shows were also more likely to be depicted as violent.

Diverse representation in media not only counters harmful stereotypes—it can provide aspirational role models and boost self-esteem for kids who see characters like themselves in media. It can be a powerful influence for a child from a historically underrepresented background to see someone like themselves playing a leader, a doctor, or even a mermaid.

The Little Mermaid will be in theaters worldwide on May 26, 2023. While you wait for the big day, there are plenty of other great kid-friendly movies with diverse characters your family can watch together in the meantime. Here are just a few examples— Students like Meghan Cuddy, a sophomore at Jones College Prep High School, are now able to take up to five mental health days per year thanks to a new Illinois law. Olivia Obineme for Chalkbeat
Prev Post 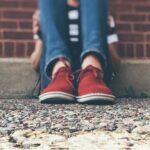