Family acceptance is the most important key: A parent’s guide to supporting LGBTQ+ kids

As the national conversation about gender and sexuality has taken many tumultuous turns over recent years, with controversial laws targeting LGBTQ+ people popping up across the United States, while more and more LGBTQ+ people come out and share their stories—kids today have more awareness than ever before about different gender identities and sexual orientations.

To address the growing needs of parents for tools to help navigate conversations about gender and sexual orientation with their children, Scary Mommy recently aired a new episode from their Live.Work.Thrive. series called “How To Talk To Your Kids About Gender Identity and Sexuality.” The talk featured a panel of experts sharing strategies for raising children in an open and supportive environment.

What should parents know about gender and sexuality?

Gender identity refers to how someone sees and thinks of themselves on the gender spectrum (yes, it’s a spectrum and not a simple binary of man or woman. Those who see themselves outside of the traditional gender binary often refer to themselves as nonbinary or genderqueer).

Someone’s gender identity can be different than the sex they were assigned at birth, which is the case for transgender and nonbinary people. Someone who identifies as the gender that corresponds with their assigned sex at birth (someone who was assigned female at birth and identifies as a woman, for example) is a cisgender person. See our guide for more helpful information for parents about transgender children.

Sexual orientation refers to the gender of people that someone is romantically and/or sexually attracted to. Human sexuality is a big, complex spectrum that can look totally different for each person, so we compiled this helpful glossary to help parents understand the different identities they may hear about.

Dr. Renata Sanders, associate professor of pediatrics and adolescent medicine at Johns Hopkins University, explained that kids can begin to form their gender identity as early as three years old, however they may not be able to express these feelings until later in childhood or adolescence. As kids grow, there are also social influences that can impact their sense of gender identity, as well as physical and hormonal factors as they enter puberty.

Despite the common myth that a child’s changing gender identity or sexual orientation is “just a phase,” research actually shows that’s not true in most cases. Dr. Myeshia Price, senior research scientist at The Trevor Project, shared recent study results which show that most young people don’t change their mind once they’ve expressed their gender identity.

However, if a child does end up changing their mind, that’s also normal and natural. Price reminded the audience how often we change our minds and parts of our identities as we grow and mature. Gender expression (how someone outwardly expresses their gender through hairstyle, clothing, etc.) and identity are naturally fluid, so kids should be able to explore those changing parts of themselves without shame or judgment, and parents should provide a supportive home base for whatever gender expression their child feels comfortable with at the moment.

How can parents support their child’s identity in age-appropriate ways?

There are lots of age-appropriate ways that parents can support and affirm their children as they come into their own identities. Learning ways to advocate for the LGBTQ+ community and model allyship with marginalized people is a great place to start. The panel of experts shared the following tips for responding to a child’s evolving gender identity or sexual orientation:

In addition to these practical tips, the experts agree that the most important thing parents can do for their children as they form their own identities is to support their mental health. Family acceptance is the most important key to preventing harmful outcomes for LGBTQ+ children. Help your child identify some safe adults they can talk to if they’re ever in distress, and make sure they know that your door is always open if they need to talk.

Parents should also remember to be gentle with themselves as their kids grow and come into their own identities. Not everyone is well-versed in LGBTQ+ identities and experiences, and the culture is much different than it was when many parents were young. Being patient with yourself can help you model the tolerance and empathy you hope to build in your child and the community that surrounds them. 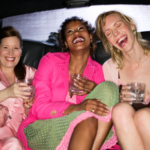 Think you need a parentcation? Here’s how to get one on the cheap without leaving town. 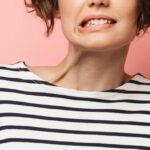 How to handle it when your toddler touches their privates