If you have a high schooler who struggles to wake up in time for school, imagine if their classes didn’t start until 3 p.m. That’s the reality for a group of Lansing, Michigan, students who began participating in an experimental program where classes don’t begin until after most American high schoolers have gone home for the day.

Eastern Flex Academy is part of Eastern Flex High School, but unlike the high school students who attend classes from morning to afternoon, Flex Academy students begin classes at 3 p.m. and go until 8 p.m. About half the classes are taught online.

Unlike other evening curriculums created to help students make up bad grades or earn their GED, the Eastern Flex Academy program is designed to accommodate students who work part-time jobs, complete internships, or those with family obligations. They remain on the same track as their peers who attend school earlier in the day.

Some parents say being able to sleep in later and attend classes when teens are more alert also has helped some Eastern Flex Academy students earn better grades, and reduced behavior issues. In fact the Eastern Flex Academy has been deemed so successful that two neighboring high schools are launching similar programs in 2020.

“Here, I don’t really have to worry about socializing or being performative,” Eastern Flex Academy senior Senior Taylor Burford told National Public Radio. “I can just stay chill, do my work. It’s easier.”

The Lansing School District says it also makes great use of the school facility when it would otherwise sit empty.

Other districts around the country are seeing similar success. For example, Weymouth Evening High School has actually been serving generations of students in the Boston area since 1977. Zachery Williamson, one of the program’s 54 graduates this year, told a local news outlet, “The program has really helped me a lot. I got more attention and the teachers were more involved. I was having a lot of self-doubt, and this pushed me to believe I’m good enough and I’m smart in these situations.” When students’ needs are met in a lower anxiety, higher teacher-to-student ratio environment that fits their schedules it’s no surprise that they—as well as the districts themselves—are finding more success. 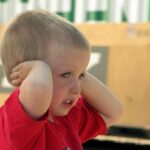 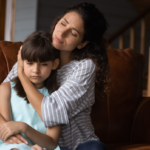