Kindergartners attending schools where many students come from low-income families get less physical activity and spend more time waiting in line and moving between activities than do their peers in higher-income schools.

The study comes as many schools are under pressure to ensure students, including those in the early grades, regain ground lost during the pandemic. At the same time, schools are also receiving an unprecedented amount of extra money in the form of federal COVID relief that’s providing new — albeit temporary — opportunities to hire staff and offer new services.

Mimi Engel, lead author of the study and an associate professor at the University of Colorado Boulder, said lower staffing levels in the kindergarten classrooms of lower-income schools may have contributed to the differences. She noted that spending by parent-teacher organizations, which sometimes fund teacher aides and other staff, varied widely by school type. Those at lower-income schools spent an average of $15,000 in the 2018-19 year compared with $780,000 for higher-income schools.

In addition, kindergartners from the lower-income schools spent more time on math and literacy lessons than peers at higher-income schools — almost 2½ hours compared with about an hour and 45 minutes.

Engel said lots of factors outside teachers’ control play into how the kindergarten class time is used, ranging from room size and format to trickle-down pressure for academic achievement.

For example, with the expansion of Pre-K in the district studied, some kindergarten classes may have been pushed out of their old larger rooms with attached bathrooms, she said. That meant more time spent getting kindergartners to the bathroom down the hall and less room for active movement in the classroom.

Engel said the study’s findings don’t mean that teachers in participating schools did anything wrong.

”Rarely did I feel like, ‘Oh, this teacher isn’t being thoughtful.’ It did feel like this teacher is in this moment and is just trying to get these kids from point A to point B, and that’s a lot of work.”

Engel said the constraints on teachers are real, but that there are still ways to reimagine the school day so it works better for young children and educators.

“My first thought is that teachers should really go to [the administration] and ask for more support around having an extra body in the classroom who can help them kind of facilitate things like center time …. singing and dancing, and physical movement if they don’t have access to regular PE blocks or recess blocks,” she said.

Even if additional staff aren’t available, teachers may be able to make small adjustments to incorporate more movement and less waiting — perhaps doing an active in-place game while kids are in line or having them wait for the next activity in their own classroom where they could read a book or sing a song instead of standing quietly in the hallway.

“I would love for it to be kind of something that teachers own and come up with so that it feels actionable,” she said. 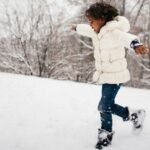 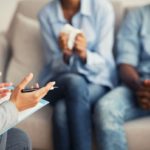