Living Together Is More Accepted, But Here’s Why Marriage Might Still Be Better

More Americans today have cohabitated with a romantic partner than have actually married one, which shows a greater acceptance of the decision to “just live together” than perhaps ever before. Despite this trend, a new survey from the Pew Research Center of people in same-sex relationships shows married couples report feeling closer to their partners and have more trust in them than couples who are simply cohabitating.

First, it’s important to take stock of how many Americans are currently married (53 percent) compared to those who are currently live together (just 7 percent). Of those who were actually surveyed for this report, 57 percent were married and only 9 percent were cohabitating, which roughly matches the national population.

Slightly more than half the total survey respondents said “society will be better off” if those unmarried couples who live together eventually tie the knot. “Even among young people, a substantial share still say it’s desirable for society if people get married,” says says Juliana Horowitz, associate director of research at Pew and one of the authors of the report.

One benefit of marriage appears to be security.

A large majority of married adults (78 percent) said they felt a closer connection with their spouse than any other adult in their lives. Slightly over half of co-habitating partners would agree that the person they live with is also the person they’re closest to. Some experts speculate that marriage signals a commitment to family that feels more solidified than cohabitating.

Some experts think marriage creates a more stable environment for raising children; previous research has shown that two-thirds of co-habitating parents split up before their child reaches age 12, which is quite a bit higher than the number of married parents who split up by about the same time (25 percent). The couples themselves might disagree, though. This most recent Pew Research Center survey found that more than half of those surveyed said cohabitating couples can raise children just as well as married ones. Married couples do tend to have a higher level of education and higher pay, which is generally considered better for kids, but that may be in part because married couples tend to be older.

Whether married or not, most experts believe that it’s when both partners are satisfied with their relationship and the dynamics of their work life balance that a more stable home environment for raising children is created. 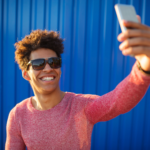 Kids Are Using TikTok For History Lessons, and Teachers Are Here For It 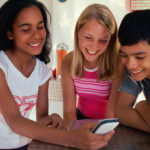