This Is the Impact of Unpredictable Work Hours On Families

When parents have unpredictable work schedules, their children often have worse behavior and less consistent child care, found researchers at the University of California’s Shift Project. Black and Hispanic women were disproportionately affected by irregular scheduling practices such as frequent last-minute shift cancelations and changes, working on an on-call basis, and being assigned late closing shifts directly before early opening shifts.

The Shift Project has been conducting ongoing surveys of over 30,000 hourly workers to obtain a picture of what life is like for them. Two-thirds of the workers surveyed said they received their schedules less than two weeks in advance, and 80 percent said they had little or no say in their work schedules. Hourly workers reported not being able to pay bills and rent or buy food due to the lack of regular paychecks, as well as struggling to arrange last-minute child care—in general, a lot of excess stress on families due to companies’ scheduling practices.

The researchers estimate that about 10 percent of American children have parents with these types of hourly jobs, and the impact is apparent. The surveys show that children of parents with unpredictable schedules are much more likely to argue, have tantrums, destroy things, and exhibit anxiety, guilt, or sadness than those whose parents have more stable schedules.

Alicia Fleming, a single parent who worked at a restaurant, described the experience to Vox as an incredibly stressful one: “It felt like all the time, I would think about the money I could make [if I could make the shifts], and what that could do for us, and then be really intent on trying to find somebody for child care.”

Brandy Powell, a single parent who works in retail, told the New York Times that when her employer cut and changed her shifts at the last minute, “I was like: ‘Wow, what am I going to do? How am I going to feed my kids?’ I would go to food banks, churches to survive, and it was embarrassing but I had to do it.”

For all of these reasons and more, activists and policymakers have begun to push for fair workweek laws. The state of Oregon plus some cities including Chicago, New York City, Philadelphia, San Francisco, and Seattle have already passed legislation to make scheduling more predictable for workers. Most of the laws require large retail and food service companies to make efforts such as giving workers their schedules two weeks ahead of time (and compensating workers if there are changes) and building in enough rest time between shifts.

The next challenge is getting employers to comply with the new policies. These changes can take time, says Susan Lambert, a researcher at the University of Chicago, because many companies have to change their entire approach to management and personnel. But there is reason to believe that fairer scheduling laws can help businesses too: Lambert recently conducted a study at Gap stores which found that in locations that encouraged managers to make scheduling more predictable and stable, productivity and sales both increased. 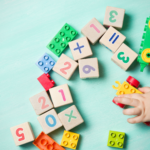 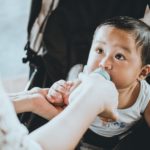