Even though children don’t fully understand what numbers mean until around age four, their number sense begins as early as 14 months, according to a new Johns Hopkins University study. Toddlers can already understand that counting refers to quantity, and can even remember approximate quantities when items are counted.

The researchers, Lisa Feigenson and Jenny Wang, worked with 80 toddlers from 13 to 20 months old. They performed five experimental tests with the toddlers that involved hiding toys in boxes that the children could reach into.

When the researchers did not count the toys before placing them in the box, the babies seemed to forget that there were multiple toys hidden inside the box and were often content with finding just one. However, when the researchers counted the toys out loud before hiding them, the babies would continue to look for toys in the box until they found most or all of them.

The results were unexpected.

Wang says, “These results were actually really surprising, because of all the prior research for the past decades have shown how difficult it is for young children to master the meanings of count words.” Indeed, even when kids do eventually learn to say numbers out loud or even recite in order from one to ten, they don’t understand the exact connection between those words and the quantities they represent.

Counting is something that babies and toddlers are typically exposed to a lot. “We buy counting books for babies and we count aloud with toddlers,” notes Feigenson. “All of that raises the question: Are kids really clueless about what counting means until they’re in the preschool years?”

But the new study shows that this connection starts to form much earlier than we realize. Feigenson concludes, “What [the research] tells us is that counting aloud encourages babies to think about the world in terms of quantities. Although they are years away from understanding the exact meanings of number words, babies are already in the business of recognizing that counting is about numbers.”

The study results should encourage parents and caregivers to count out loud to infants and toddlers whenever they can—because even if it doesn’t seem like they are really “getting” numbers yet, they are definitely working on it. 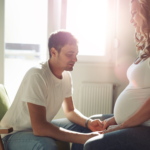 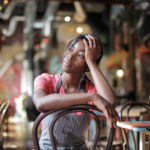 This Is the Impact of Unpredictable Work Hours On Families