Looking Ahead: What Should Parents Do About Summer Camps This Year

Saying that our lives are up in the air these days seems like the understatement of the century, but it’s 100 percent accurate. Now that we know schools are closed for the rest of the academic year, parents are wondering what comes next—as in, what to do when summer officially arrives and kids are left with nothing to do. After the relief of completing a semester of “distance learning” wears off, we’re left facing the reality that many families rely on summer programs to occupy kids, socialize, or provide an opportunity to pursue specific interests—but will they even be available?

From sleepaway camps to day camps at local museums, zoos, and parks, millions of American children attend summer camps each year. But with the coronavirus bringing a halt to so many businesses, it’s hard to know which programs, if any, will be open this summer. Even those that do forge ahead with registrations may have a hard time convincing parents to sign up, at least until the experts widely agree it’s safe to rejoin group activities.

Sleepaway camps are particularly challenging because many employ workers from other states, while also relying on filling their bunks with campers who, in many cases, fly or drive long distances to get to camp. It’s hard for an organization to hire employees without knowing if there’ll even be a program, or where it might be held should their usual facilities stay closed. Plus, “behind-the-scenes” activities for all types of camps, like grounds maintenance and camp counselor orientation, have to begin well in advance of the date campers are scheduled to arrive.

As a result, most sign-ups for summer camps are in a state of limbo right now as everyone waits to see what new guidelines the health department and other agencies provide, and parents are having a hard time figuring out what to do. Confusion is compounded by the fact that closures vary by region and organizer. In Chicago, West Virginia, and elsewhere, some of the longest-standing camps have already announced cancellations. Several Girl Scout camps, from Central California to Western Pennsylvania, are already canceled as well. Meanwhile, some YMCA and JCC centers are holding out on making any major announcements, while others are planning to host camps as early as June 8.

Tracey Gaslin, the executive director of the Association of Camp Nursing, has been recommending flexibility when discussing summer plans with nurses and camp directors in the face of uncertainty. “We’re encouraging camps to work on Plan A, with the hope of having camp, but you also need to be working on Plan B and Plan C,” she told the New York Times. “It could be virtual camping. It could be camping with limited numbers. Who knows?” Delayed starts, online camps, restricted visitor days, smaller groups of campers—all sorts of possibilities are being considered.

Half the world, it seems, is at a standstill, while the other half is making plans, and without any certainty as to when things will get back to normal, it’s hard to know what to do.

Even if camps are currently open for registration, many parents are wary of placing deposits in case a camp is abruptly canceled. If you already have your child registered or you have the opportunity to register them for something they really want to do this summer, the most important thing you can do is ask what the refund policy is. Some camps are offering to transfer payments to next year’s program should this year’s camp be canceled altogether, but that means keeping your money tied up for a full year—a real hardship for many families. Make sure you get the details of the refund policy, namely how soon those funds would be returned. Everything should be in writing before you register, for peace of mind.

It’s also a good idea to check if there are online camps available. From arts and crafts sessions to martial arts, organizations are getting creative with how to transfer their services online. ID Tech camps, a large chain of STEM-based day camps, have already announced their virtual summer lineup. In most cases, the sessions aren’t for the same length of time as when you physically drop them off, but it will engage and immerse your child for a good portion of the day, and for many working parents, that’s a huge plus.

You might also want to consider a family co-op situation with a few friends that live nearby, assuming small group gatherings are allowed by the time you’re ready to start. One mom told us she’s organizing one in an effort to share the responsibility, so each parent can rely on a few days each week when they can work or do whatever they need to while the kids are immersed in camp-like games and activities with another parent.

Have a specific camp in mind? Maybe you were hoping to get into a popular STEM camp this summer, or your child was really looking forward to trying a summer music program. Or maybe your child has a special camp they attend every year and they’re looking forward to reuniting with friends. Don’t give up just yet!

“The idea of children being at camp, learning those face-to-face interactions, socializing, learning new skills, being outside … I think is going to be really really key” after months of friends being apart due to school closures and social distancing, Susie Lupert, a representative of American Camp Association of New York and New Jersey, told CBS New York. She urges parents not to rule camps out, but acknowledges that many areas are still waiting for guidance from state and local health authorities to finalize decisions.

Give your favorite camps a call, and find out what their plans are. While you have them on the line, Lupert advises parents to verify the camp is licensed by the Department of Health, in addition to confirming they have medical staff on-site and a communicable diseases plan in place.

If it’s any consolation, there are millions of parents who are just as confused about summer camp right now. Try talking to friends and neighbors about possible backup plans and you may be surprised to find everyone shares similar concerns. If nothing else, the solidarity will remind you that we’re all in this together. 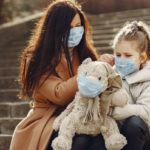 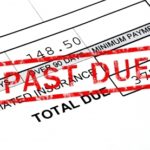