Imagine a world where dolls didn’t have to be “girly.” Well, none other than Mattel has taken the toy world one step closer to that goal with its new Creatable World line of dolls.

Mattel has faced criticism in the past with claims that its most famous doll, Barbie, sets unrealistic and potentially damaging standards of beauty for kids. In contrast, each of these six new gender-neutral dolls comes with short and long hair options, plus an array of clothing and accessories that fall along the spectrum from masculine to feminine styles.

These dolls are still kids, meaning their body types don’t scream male or female either—unlike Mattel’s more adult Barbie and Ken dolls. The idea is that kids can experiment, change things up, and use their creativity when dressing and playing pretend with these dolls. As Kim Culmone, Senior Vice President of Mattel Fashion Doll Design, explained to Parents magazine, “Kids do not want to be dictated to.”

For kids who don’t fit the mold of super-girly-girl but want to play dress-up with dolls, the line intends to create an alternative. Of course there are already other gender-neutral toys out there. However, dolls in particular are often treated as reflections of the kids who play with them, and gender stereotypes have traditionally played a large part in doll marketing. According to TIME, Mattel included gender-diverse children in testing, and looked to LGBTQ influencers for marketing insight.

The new gender neutral dolls are getting mixed reviews online.

Many parents appreciate what they see as a bold, inclusive move by Mattel. On Mattel’s Facebook page, hundreds commented with their enthusiasm over the new line of dolls. Commenter Kirk Pafford remarked, “Awesome. EVERY child should feel loved and accepted. Mattel, you ROCK!”

The new toy garnered some critical comments on social media, but plenty of defenders of the Creatable World concept, like Angie Pietsch, were just as vocal. “So it’s really sad how many parents are having huge negative responses to this. Would you be so negative if your little girl wanted to wear baseball hats and jeans? Stop being so triggered and just let kids be kids.”

Beyond baseball hats, many parents pointed to other apparent hypocrisies in the complaints. Lisa Saab pointed out, “No one is angry that they made Barbie a realistically impossible shape that potentially damaged the psyche of little girls that could never achieve that ‘ideal’ body type, but they are upset that they are making dolls so kids can actually feel included? On top of that, no one is forcing you to buy this for your kid, so how is it forcing anything on children? I’d better hide that Hulk doll from my son, it’s FORCING him to get angry and smash things!”

Others simply added practical or humorous points to the debate. As Diane Mosher Hundal wrote, “This is a perfectly good idea. It is just a human shape and you can make it whatever you need it to be at the time. That’s a money saver!!” Brittany Roaden Gatewood pointed out, “The dolls will still end up naked on the floor everywhere, just now with missing hair…”

Whether you’re on board with the dolls or not, you’ll probably hear more about them as the holiday season begins. Even if you’re not in the market for new dolls, at least it’s a conversation starter with other parents about how we can best support our children’s wishes to express themselves. 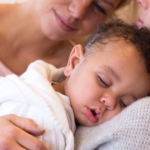 Same-Sex Couples are Changing the Adoption Landscape in the U.S. 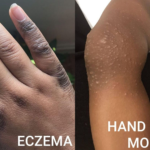